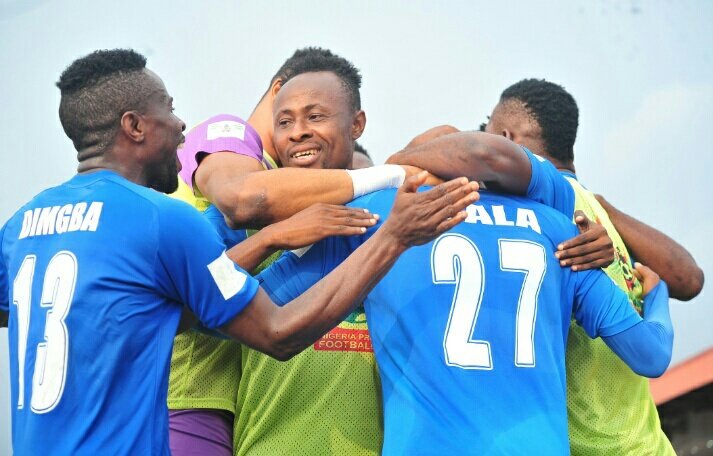 Enyimba have emerged champions of the 2018-19 Nigeria Professional Football League (NPFL) season after ending the Championship playoffs on a high note.

It is a record 8th triumph for the Aba club in the Nigerian top-flight.

Enyimba thrashed Akwa United 3-0 in their final game of the super 6 playoffs at the Agege Stadium in Lagos on Wednesday.

Goals by Reuben Bala, Stanley Dimgba and Abdulrahmam Bashir secured the win for the Peoples Elephants.

With the win, they finished top of the six-team table with 12 points from five matches.

Enyimba will now represent Nigeria at the CAF Champions League next season, alongside the runners-up, Kano Pillars.

Enugu Rangers finished on third spot, and so will go to the CAF Confederation Cup one more time, having played at the continental second tier last season.