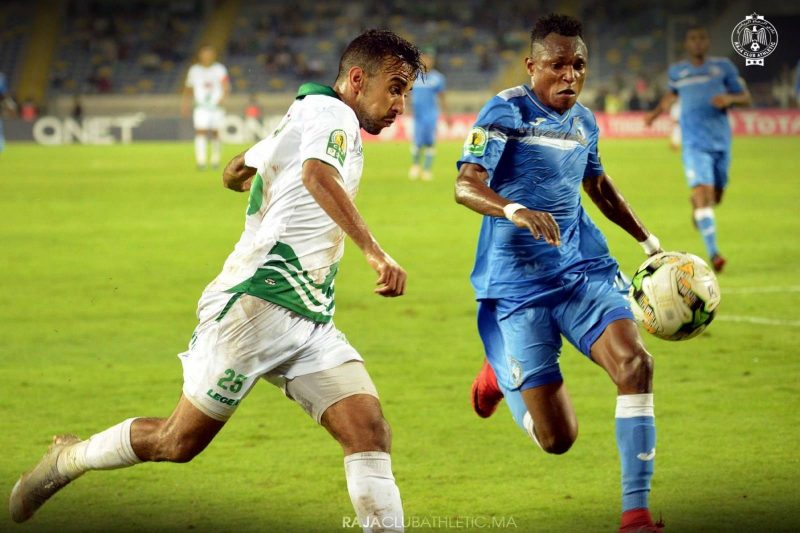 Despite losing out in the race to the final of the CAF Confederation Cup, Enyimba players have gotten some accolades from their coach, Usman Abdallah.

The Nigeria Pro-football League side crashed out of the continental second-tier competition after a disappointing semi-final defeat to Raja Casablanca.

The Moroccan club sealed their place in the final after seeing off Enyimba home and away, with a 1-0 victory in Aba and a 2-1 in Casablanca last Wednesday.

Four Nigerian clubs represented the country at the continental level this season, and only the People’s Elephant scaled through to the knockout stages.

“I think that all of my boys did very well and they achieved something for themselves,” Abdallah told the media as cited by CSN.

“Even though the club did not achieve anything. But If we look at it, we have been able to help the country recover the two full slots lost this year. Maybe probably next year, we might see how we would benefit from it. I am proud of my boys.

“I think that they did well despite the hassles we’ve gone through to reach the semi-finals. Unfortunately, we are not going to be participating in the CAF competition next year, but it is okay because the team needs regrouping as we have a little bit ups and downs.

“We need to sit down and correct most of the mistakes and improve in certain places we are weak and strengthen more of the places where we are strong and see how it goes.

“Right now, I want the boys to go and rest for about two to three weeks and enjoy the off-season with their families and we regroup again for the next season.”