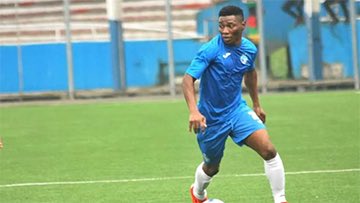 Enyimba of Aba confirmed the freedom of their midfielder, Ojo, while it was also understood via NPFL Insider that Iluyomade of Abia Comets had also been released.

Our midfielder man, Dayo Ojo has regained freedom from his kidnappers 💪👏

The players were abducted Sunday around Ipele Town on the Benin-Akure Expressway on their way to Akure.

Enyimba said their “combined efforts” with that of the players’ families led to the release, but did not disclose whether or not a ransom was paid.

It has been a trying time for Nigerian football as the news of the kidnapping of the two players came just few hours after the death in a car crash of two footballers from Rangers International- Emmanuel Ogbu and Ifeanyi George.

The Nigeria Football Federation (NFF) has called on stakeholders to pray for evil to cease.