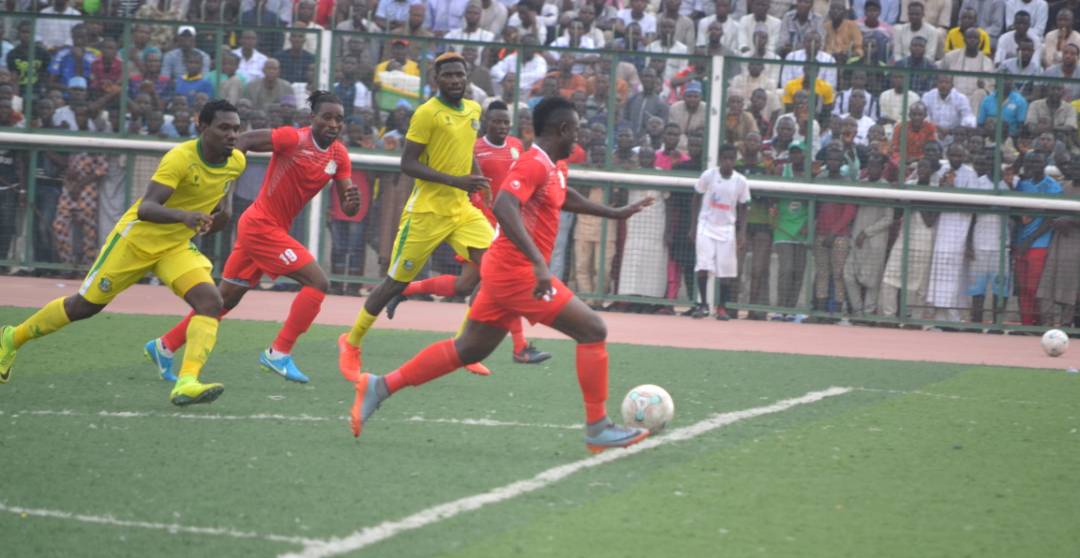 Champions of the Nigeria Professional Football League (NPFL), Enyimba continued their poor run in the league as they fell to a defeat at home on Wednesday.

The Peoples Elephant were beaten 2-0 by Heartland in a matchday 15 clash at the Aba Stadium.

Stanley Dimgba, who scored a hat-trick against Paradou AC in the CAF Confederation Cup last Sunday, missed the chance to put Enyimba ahead from the spot in the 26th minute.

The visitors then bagged victory with two first half goals from Sadiq Abubakar and Chukwuemeka Obioma.

Elsewhere, NPFL leaders, Lobi Stars fell to a 2-1 defeat at Rivers United, who clumbed to second following the victory.

Read Also: Why Enyimba chairman is ‘considering to go’ after 20yrs in club

In Akure, Plateau United went down to a 2-1 defeat against Sunshine Stars.