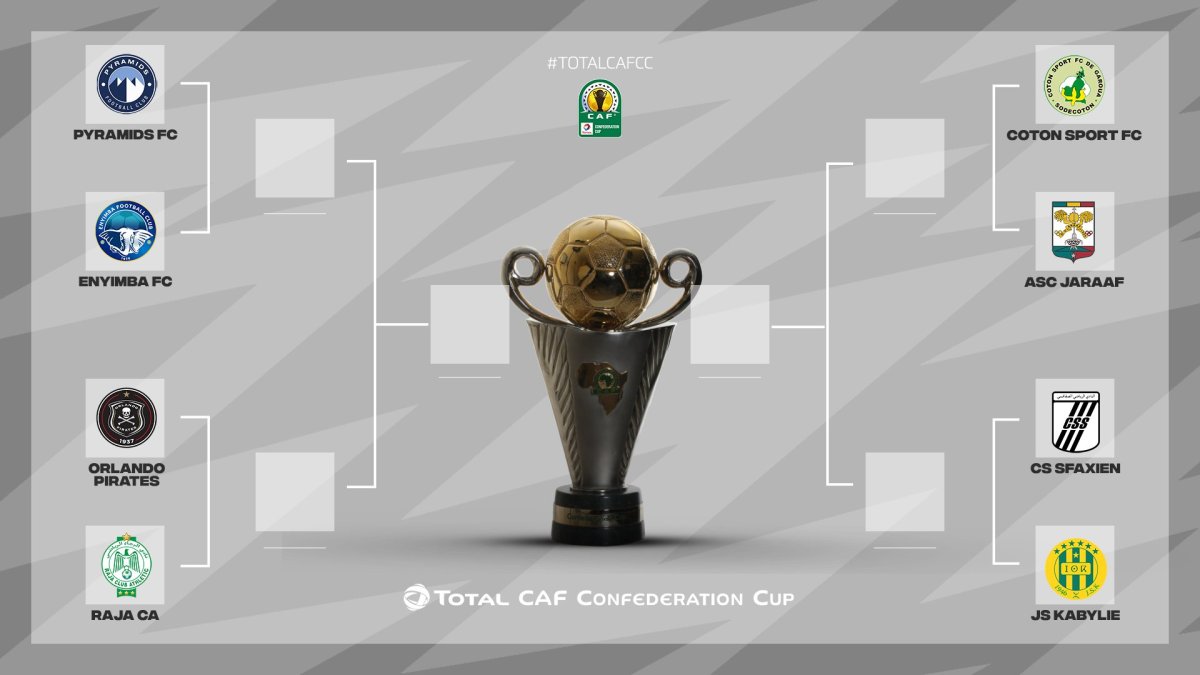 Nigeria Professional Football League (NPFL) club, Enyimba have been drawn against Egytian club Pyramids FC in the quarter-finals of the CAF Confederation Cup.

The Peoples Elephant, who dropped into the second-tier competition from the Champions League, were successful in the group stage, finishing top of group A.

They secured a nervy 1-0 win against South Africa’s Orlando Pirates in their final group game on Wednesday, with Cyril Olisema netting the winning goal deep into stoppage time.

Enyimba discovered their last-eight opponents, Pyramids FC, in the draw ceremony which took place in Cairo on Friday afternoon.

The first leg of the tie is scheduled for 16 May and would be hosted by the Egyptians, while the reverse fixture will take place a week later and hosted in Aba.

Two-time African champions would face either Raja Casablanca of Morocco or Orlando Pirates, should they advance to the semifinal.

The Aba giants are looking to make history as the first Nigerian club to win the CAF Confederation Cup.