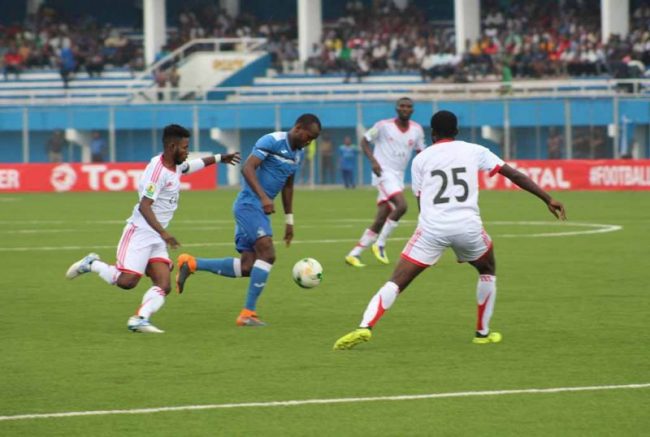 Nigeria Professional Football League (NPFL) side, Enyimba made a winning return to their home ground at Aba in a CAF Confederation Cup group match on Wednesday night.

The Peoples Elephant earned a hard fought 1-0 victory against Congo’s CARA Brazzaville in their matchday-six Group C clash at the Enyimba International Stadium.

With the win, the Nigerian side sealed their place at the top of the group, hence qualified for the quarterfinal of the continental competition.

The only goal of the game was scored by substitute Wasiu Alalade who scored in the third minute of added time bundling the ball home after Mfon Udoh’s free-kick came off the crossbar.

Enyimba finished with 12 points, and will be joined by second-placed CARA who finished three points lesser.

The other game of the group, between Williamsville of Ivory Coast and Djoliba of Mali ended goalless leaving the former on third spot with eight points and the latter on fourth with five points.

US Open: Murray exits in 2nd round on return to Grand Slam tennis