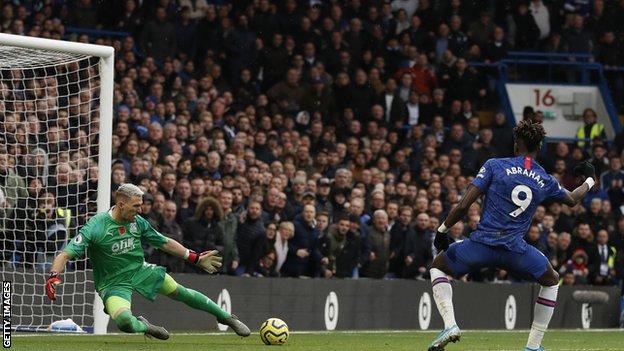 England striker, Tammy Abraham was on the score sheets for chelsea on Saturday as the Blues defeated Crsytal Palace 2-0 at Stamford Bridge.

With the goal, Abraham, who now has 10 goals in the league this season, became just the second youngest player to reach double figures for Chelsea, after Arjen Robben.

And with the victory, Frank Lampard’s men climb to second on the table, standing just five points behind leaders Liverpool.

After a goalless first half at the Bridge, Abraham opened the scoring for the hosts in the 52nd minute before Christian Pulisic’s header 10 minutes from time sealed the victory.

Palace’s defeat, their third in four games, leaves them ninth in the table.