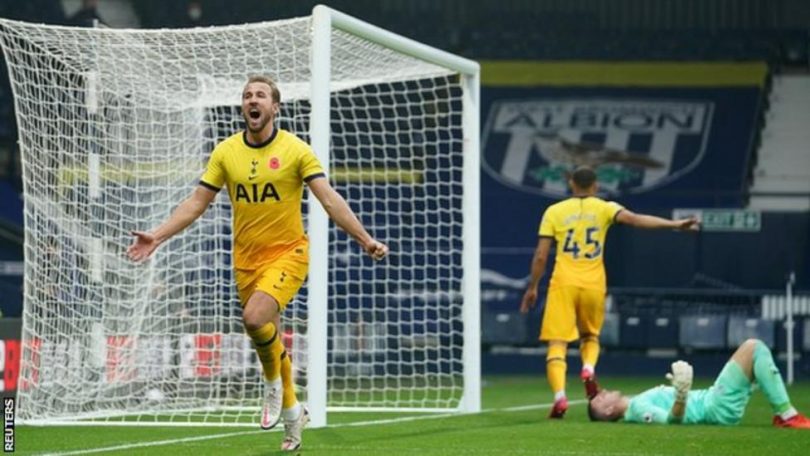 Super Eagles player, Semi Ajayi was in action for West Brom in their 1-0 defeat to Tottenham Hotspur in the Premier League on Sunday.

Ajayi, who played from start to finish of the gane, could not help his side hold off Spurs at home as a lone goal by Harry Kane denied them of any point.

The goal by the England forward came in the 88th minute, and it was Kane’s 150th Premier League goal.

The win took Spurs to 17 points and temporarily in top two while West Brom, who are yet to win after eight games, are 18th on three points.

Also on Sunday, Super Eagles forward, Kelechi Iheanacho was an unused substitute for Leicester City in their 1-0 victory over Wolverhampton Wanderers.

The game played at the King Power Stadium saw England forward Jamie Vardy net the only goal of the game from the spot.

With the win, Leicester went top of the table, two points ahead of Liverpool who are playing Manchester City later on Sunday.

If the Reds win, they will return to the summit of the League.