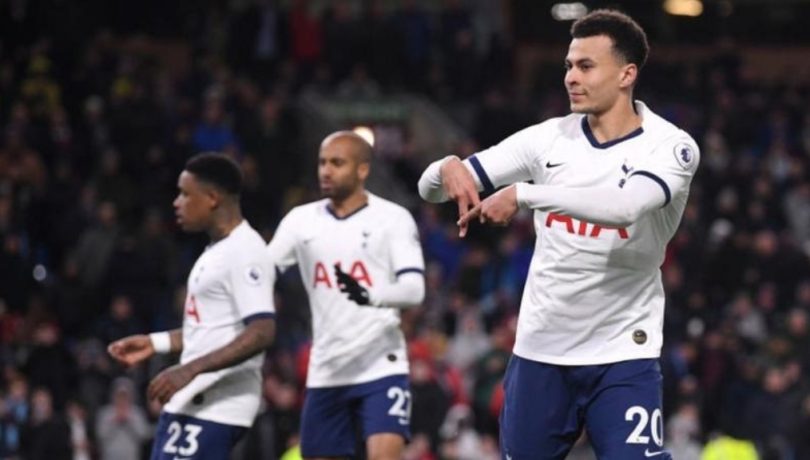 Dele Alli scored from the spot to help Tottenham come from behind to get a point from their Premier League clash with Burnley on Saturday.

It was Alli’s 50th Premier League goal and ot came five minutes into the second half.

Jose Mourinho’s side have now gone five games without a win in all competitions – their worst run since they went seven without a victory in the autumn of 2016.

Earlier on Saturday, Arsenal secured a narrow 1-0 win over West Ham at the Emirates Stadium.

Alexandre Lacazette scored the only goal of the game 12 minutes from time, which was confirmed by the video assistant referee.

The result lifted the Gunners up to ninth, five points behind Chelsea in fourth place.