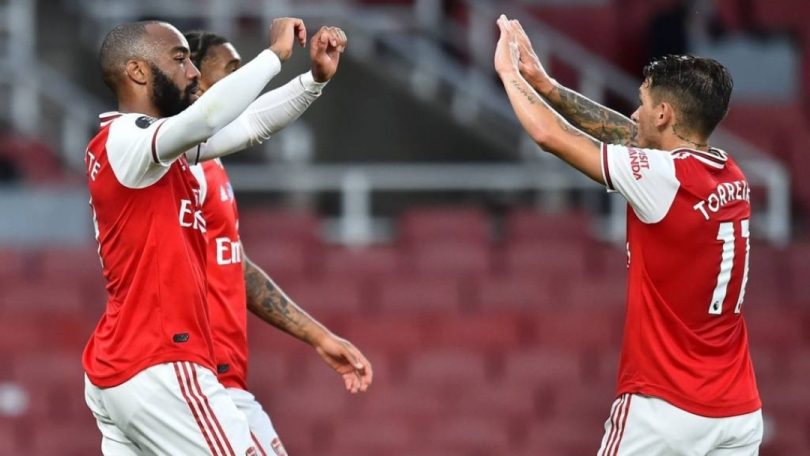 Arsenal came from behind to beat Premier League champions Liverpool 2-1 in a league encounter at the Emirates Stadium on Wednesday night.

Sadio Mane had put Liverpool ahead in the 20th minute before Arsenal began the incredible comeback in the 32nd minute through Alexander Lacazette.

“You dream as a little boy to score against the big boys – so I’m happy with the results and with my goal. When I get home I’ll celebrate with my family. I am delighted with the goal and the lads were excellent tonight,” said goalscorer Nelson

Defeat for Liverpool means the champions will no longer in this campaign be able to beat Manchester City’s points record in the Premier League.

Earlier in the day, Manchester City defeated Bournemouth 2-1, Tottenham Hotspur defeated Newcastle United 3-1 while Wolverhampton Wanderers were held to a 1-1 draw at Burnley.