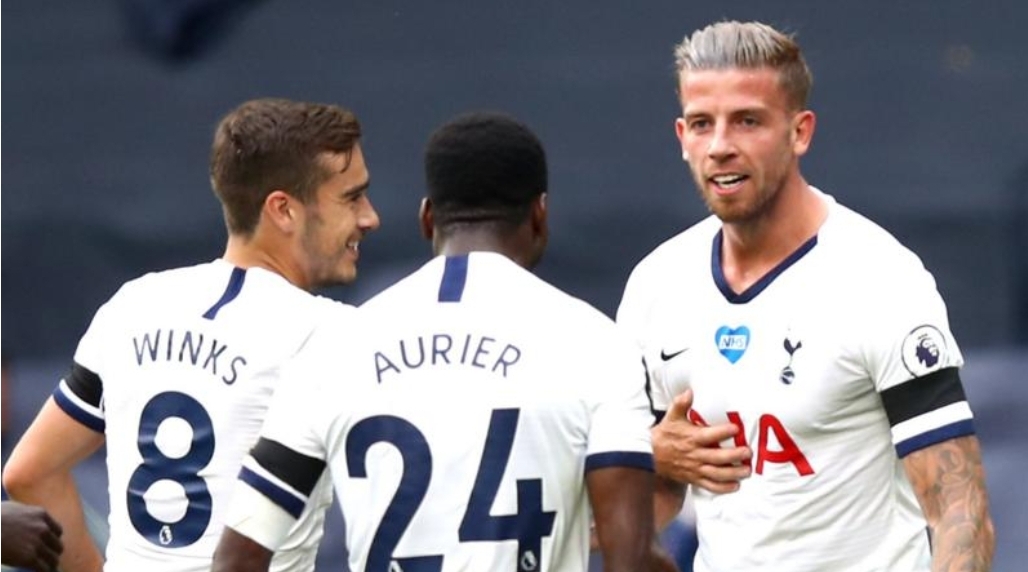 Arsenal were beaten 2-1 by Tottenham Hotspur who came from behind to win their Premier League clash on Sunday.

The race to secure European spots continues as Spurs climb to eighth spot following the win while Arsenal drop to ninth, two points behind the Jose Mourinho side.

Alexander Lacazette’s rocket from 20 yards put the Gunners ahead in the 16th minute, before Son Heung-Min goal from a defensive error leveled both side three minutes later.

A late Toby Alderweireld header for Spurs from a Son corner then secured the victory for the hosts.

Earlier in the day, Super Eagles forward, Alex Iwobi was in action for Everton in their defeat at Wolverhampton Wanderers.

Wolves thrashed the Toffees 3-0 to boost their hopes of finishing in top four.

Raul Jimenez, Leander Dendoncker and Diogo Jota were the goalscorers for Wolves.

Trezeguet scored twice just before halftime and in early second half to seal victory over 10-man Palace, who lost Christian Benteke to a red card.