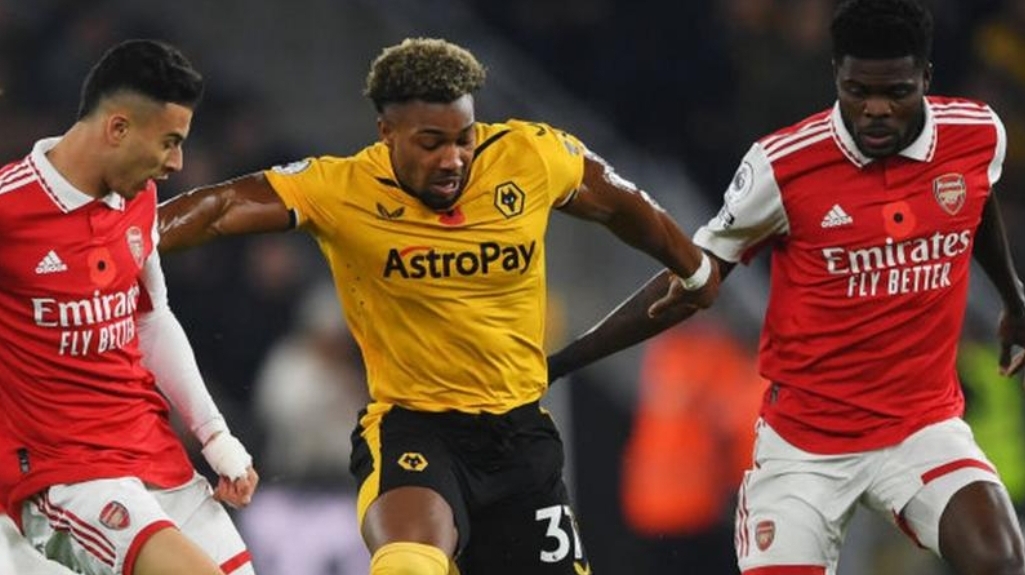 Arsenal sealed a 2-0 victory over Wolverhampton Wanderers on Saturday night to move five points clear at the top of the Premier League.

It was Martin Odegaard who netted a second-half double and it proved enough to sink Wolves at Molineux.

Champions Manchester City had lost to Brentford earlier on Saturday giving the Gunners the chance to extend their lead.

The result means Arsenal will be top on Christmas Day for the first time since 2007 and in contrast, Wolves are now bottom of the league.

Wolves will begin the new year with a new manager in Julen Lopetegui, who was introduced 15 minutes before kickoff on Saturday, as he prepares to take charge.

Wolves have failed to score for the eighth time in 15 top-flight games.