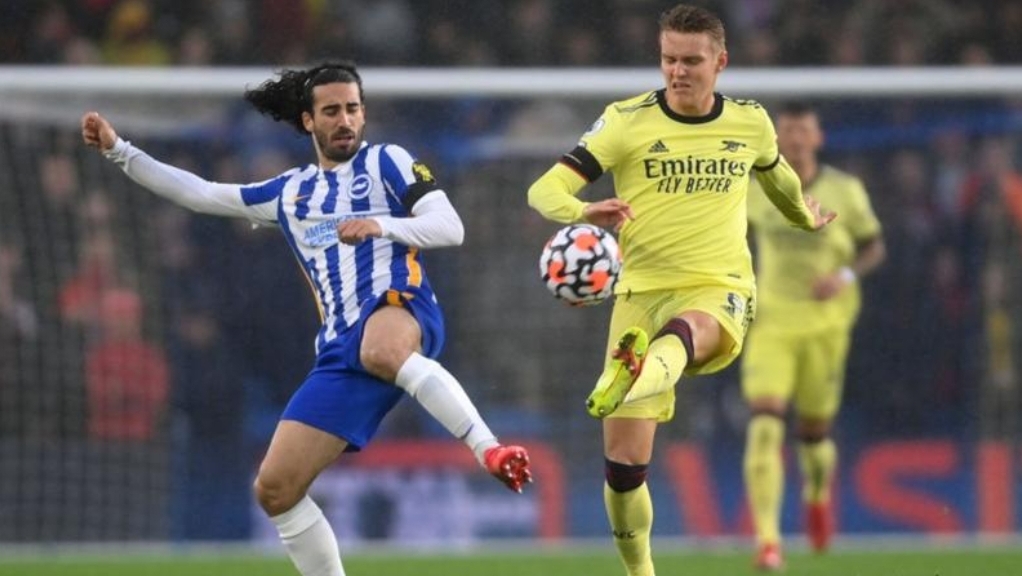 Arsenal’s winning run in the Premier League was halted as they picked up their first draw in a goalless encounter against Brighton on Saturday.

But they were held to a goal draw by Brighton as the Mikel Arteta side had a lower possession and shots than their hosts.

Earlier on Saturday at Stamford Bridge, Chelsea scored two late goals to thrash visiting Southampton 3-1 to go to the top of the Premier League table.

The win followed two consecutive defeats for the Thomas Tuchel side, who lost against Manchester City last weekend and against Juventus in the Champions League in midweek.

Timo Werner and Ben Chilwell struck in the final six minutes after Saints had been reduced to 10 men following the dismissal of captain James Ward-Prowse for a poor challenge on Jorginho.

Academy product Trevoh Chalobah put the hosts ahead after nine minutes before Ward-Prowse equalised on the hour mark from a penalty.