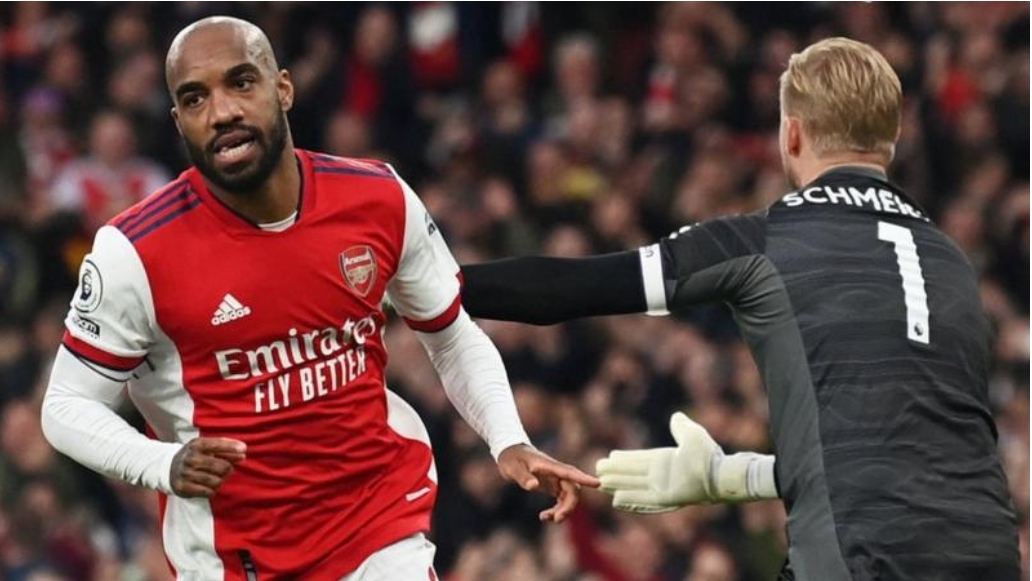 Arsenal clinched their fifth successive win in the Premier League on Sunday, seeing off Leicester City 2-0 at the Emirates Stadium.

Super Eagles duo of Kelechi Iheanacho and Wilfred Ndidi were in action for the Foxes while Ademola Lookman was an unused substitute.

The deserved victory for Arsenal lifted them back into fourth place in the table, one point above Manchester United, who defeated fellow top-four contenders Tottenham on Saturday.

Thomas Partey opened the scoring for the Gunners in the 11th minute kf the gane before Alexander Lacazette converted a penalty early in the second half to seal victory.

Earlier on Sunday, Super Eagles forward Alex Iwobi was an unused substitute for Everton in their 1-0 defeat to Wolverhampton Wanderers at the Goodison Park.

The Toffees slipped further into relegation danger with a fourth successive Premier League defeat as Wolves earned a hard-fought win.

Conor Coady scored the decisive goal as other results on Sunday left the Frank Lampard side just above the bottom three only on goal difference.

Super Eagles forward, Emmanuel Dennis was in action for Watford in their away victory.