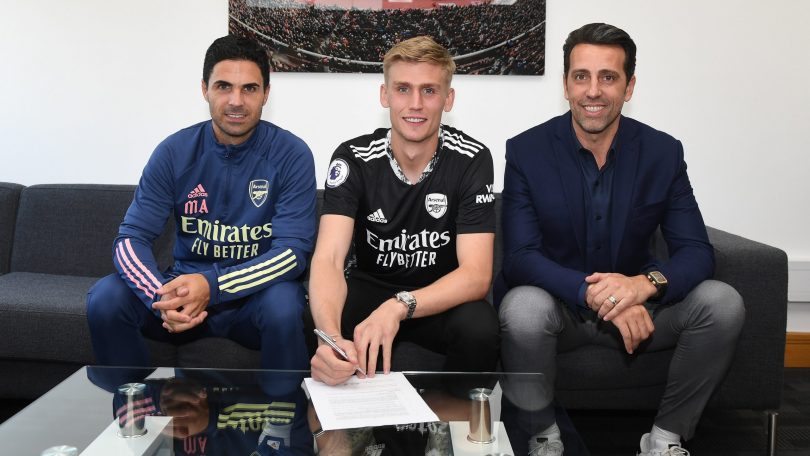 The English Premier League is set to welcome the participation of two new goalkeepers as Arsenal and Chelsea land players from France.

The Gunners have already completed the signing of Iceland International goalkeeper Runar Alex Runarsson from French side Dijon.

25-year-old Runarsson, whose transfer was announced by the London club on Monday, comes in as replacement for Emiliano Martinez who left to join Aston Villa.

‘Goalkeeper Alex Runarsson has joined us on a four-year contract from French club Dijon. He made 13 appearances for them in all competitions last season,’ Arsenal wrote.

Read Also: ‘It’s nice to be back’ – Gareth Bale returns to Tottenham on loan

Blues manager, Frank Lampard wants the 28-year-old in a move to increase competition with number one goalie, Kepa Arrizabalaga.

Kepa made a costly mistake in their 2-0 defeat against Liverpool in the Premier League on Sunday.