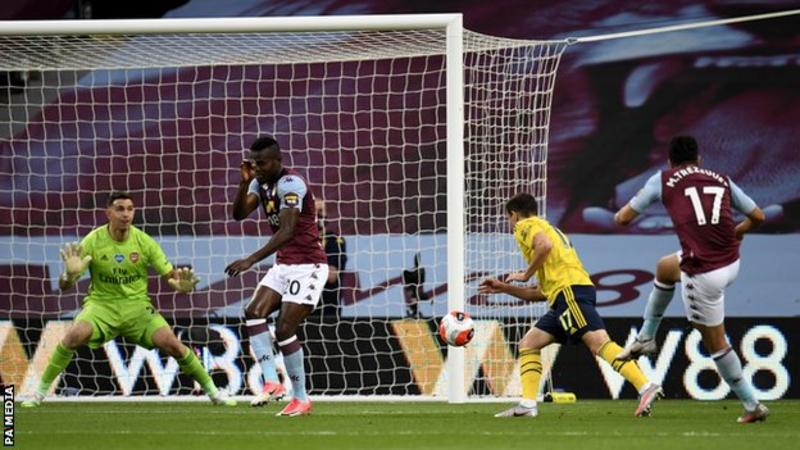 Relegation-threatened Aston Villa defeated Arsenal 1-0 in a Premier League encounter on Tuesday night to boost their hopes of remaining in the topflight.

With the win, Villa moved out of the Premier League relegation zone for the first time since 28 February with one game to go.

Trezeguet’s priceless goal was all they needed to see off Arsenal.

Villa climbed above Watford, who earlier in the day fell to a heavy 4-0 home defeat by Manchester City. Villa are 17th on goal difference.

A 10th league defeat means Arsenal will finish outside the top six for the first time in 25 years.

The Gunners will face Watford on final day.

Governors to meet Wednesday on healthcare, CBN loan to states, others