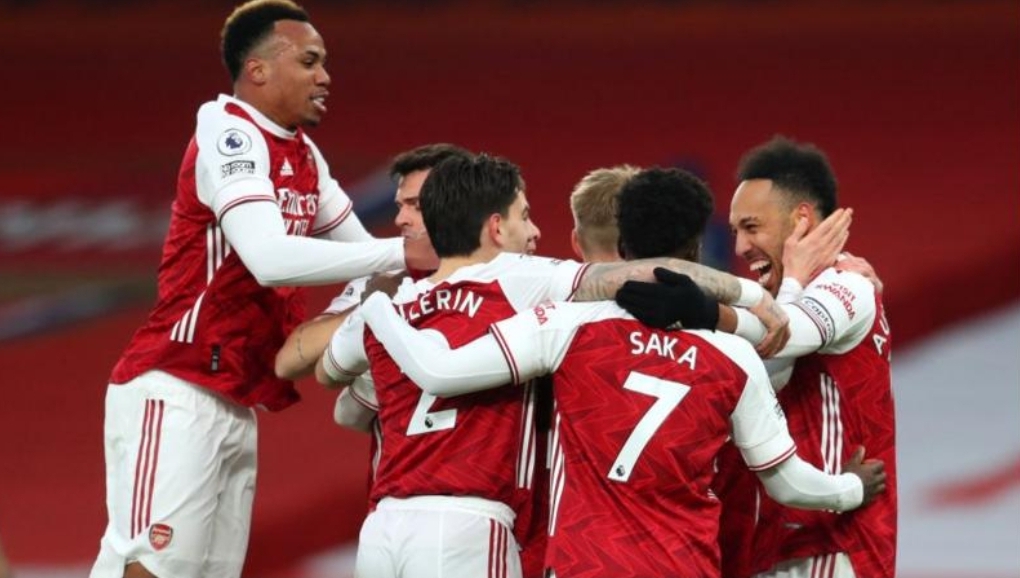 Pierre-Emerick Aubameyang netted a hat-trick for Arsenal in their 4-2 victory over Leeds United in a Premier League clash at the Emirates on Sunday.

The win ended the Gunners three-game winless run, with the Gabonese Aubameyang making his first start in almost a month.

The striker, who has been away due to his mother’s health opened the scoring in the 14th minute before converting a penalty before halftime.

Right-back Hector Bellerin scored Arsenal’s third while Aubameyang netted the fouth early in the second half.

But from 4-0 down Leeds grabbed two second-half goals through Pascal Struijk and substitute Helder Costa to give Arsenal a late scare.

Earlier on Sunday, Manchester United were held to a 1-1 draw with West Brom.

It was Bruno Fernandes’ stunning volley that salvaged a point for the Red Devils at struggling West Brom.

The Baggies took a shock lead after just 83 seconds as on-loan striker Mbaye Diagne headed in a cross.

With the draw, United moved back above Leicester in second place, but are now seven points behind leaders Manchester City, who also have a game in hand.