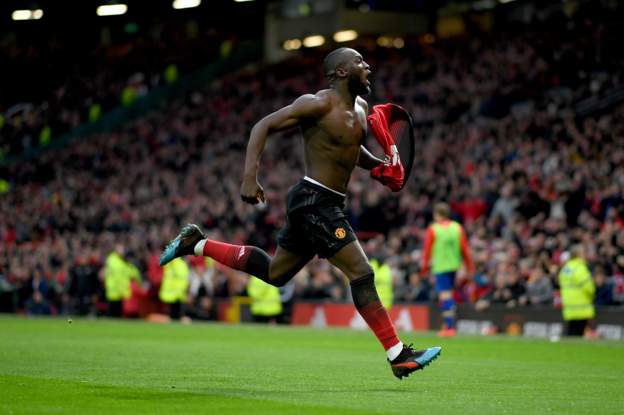 Super Eagles defender, Leon Balogun is yet to return to play for Brighton due to injury, but the Seagulls defeated Huddersfield on Saturday.

The Premier League clash saw the home side seal a 1-0 win over a relegation-threatened Huddersfield.

At Old Trafford, Manchester United defeated Southampton 3-2, with Romelu Lukaku bagging a brace – one of which came in the 88th minute as the winner.

“I’m so pleased for the boys that they managed to claw three points out of this game,” said interim United boss, Ole Gunnar Solskjaer after the game.

Elsewhere, Manchester City beat Bournemouth 1-0 to climb to the top of the Premier League.

Riyad Mahrez was the winner of the game as his 55th-minute goal – his 11th goal of the season – earned City the hard-earned victory.

The champions lost De Bruyne and Stones to injury either side of the break, but it was a second 1-0 win in the space of four days for City.

“An incredible performance – one of the best performances we’ve ever played,” said City boss, Pep Guardiola.

“We didn’t concede one shot on target, we were committed at set-pieces defensively, every time we lost the ball we had three or four guys going to recover the ball.

“It was incredible how well they played today – the way they helped each other was fantastic.”