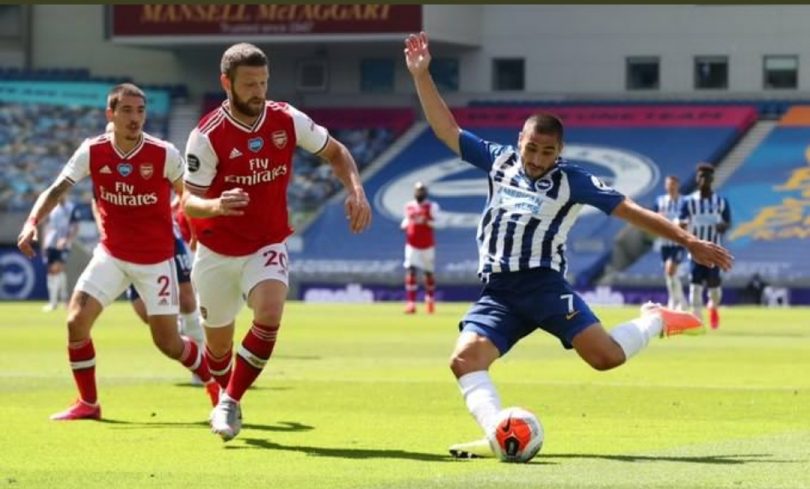 Arsenal were stunned by Brighton in the Premier League on Saturday after the hosts came from behind to beat the Gunners 2-1.

In a goalless first half, Arsenal goalkeeper Bernd Leno was stretchered off after landing awkwardly on his ankle following an aerial challenge with Neal Maupay.

Nicolas Pepe opened the scoring in the 68th minute with a superb curling shoy, but Lewis Dunk scrambled an equaliser 15 minutes to time.

Maupay then scored a stoppage-time winner to seal the victory.

For the relegation-threatened Brighton, it was a huge win, while Arsenal, who lost 3-0 to Manchester City, once again, lost a key player to injury.

Earlier in the day, Super Eagles duo of Wilfred Ndidi and Kelechi Iheanacho starred for Leicester City in a 1-1 draw against Watford.

Watford rescued a point late into stoppage time, cancelling the late effort of their visitors.

Ben Chilwell scored on 90 minutes for the Foxes, before Craig Dawson scored an excellent equaliser on 93 minutes.

Later on Saturday, Bournemouth will face Crystal Palace, while West Ham will take on Wolves.