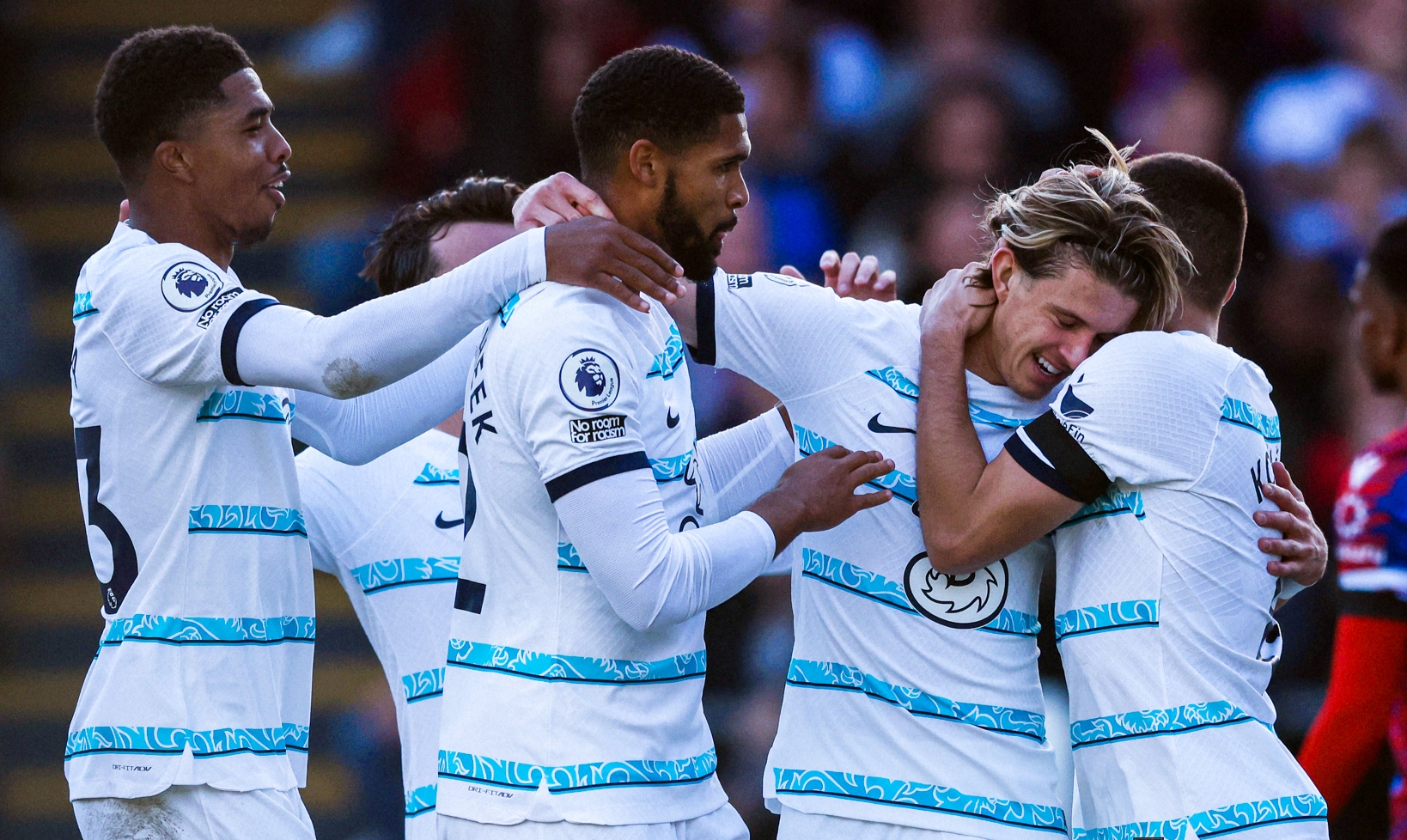 Conor Gallagher and Pierre-Emerick Aubameyang were on target for Chelsea in their 2-1 victory over Crystal Palace in the Premier League on Saturday.

It was a first win for Chelsea under new manager Graham Potter, who replaced Thomas Tuchel about a fortnight ago.

Odsonne Edouard had poked Palace into an early lead before Aubameyang scored his first Chelsea goal on 38 minutes and substitute Gallagher netted the winner on 90 minutes.

At the Emirates Stadium, Arsenal thrashed their London rivals Tottenham 3-1 to extend their lead at the top of the Premier League.

Mikel Arteta’s side were superior throughout against a 10-man Spurs who had Emerson Royal sent off for a second-half foul on Gabriel Martinelli.

Thomas Partey, Gabriel Jesus and Granit Xhaka were the goalscorers for the Gunners while Harry Kane converted a penalty for the visitors.

Elsewhere, Super Eagles midfielder Joe Aribo scored for Southampton but it was not enough as they lost 2-1 to Everton, with Iwobi bagging an assist.

At Anfield, Liverpool continued their struggles this season with a 3-3 thrilling draw against Brighton.

Roberto Firmino bagged a brace and an own goal by Webster in favour of Liverpool while Leandro Trossard scored a hat-trick to hand the visitors one point from the encounter.

Related Topics:arsenalChelseaEPLLiverpoolPremier League
Up Next