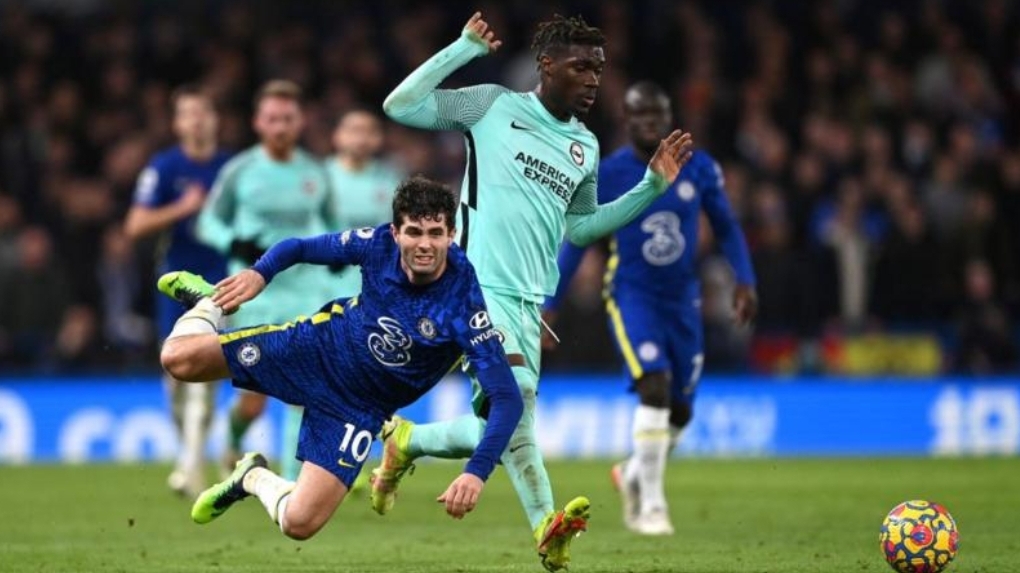 Chelsea were held to a 1-1 draw by Brighton in a Premier League game at Stamford Bridge on Wednesday night.

The Blues thought they were cruising to a 1-0 victory when substitute Danny Welbeck scored a dramatic stoppage-time equaliser for Brighton.

Romelu Lukaku had opened scoring in the 28th minute to put the hosts ahead.

Chelsea could have gone three points ahead of Liverpool if they had won, but only managed to go one point ahead in second spot having played a game more.

Elsewhere, champions Manchester City extended their lead at the top of the Premier League table after securing a win against Brentford.

Phil Foden was the game winner as his 16th-minute goal was enough to hand the Pep Guardiola side all three points from the game.

Manchester City are ending the year eight points clear at the top of the league. And third-placed Liverpool are nine points behind the leaders.