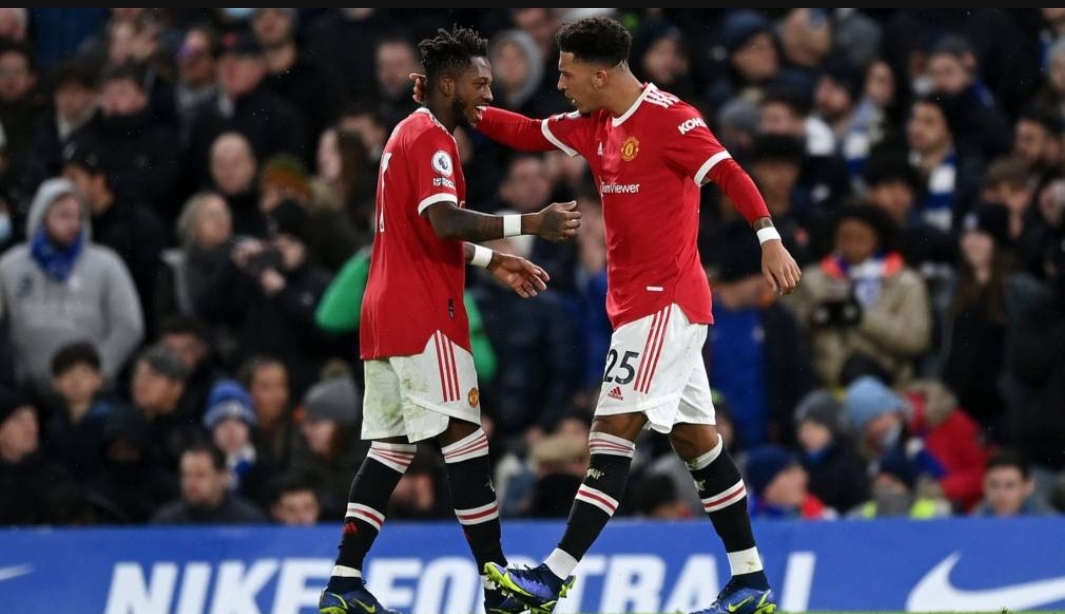 European champions Chelsea and Manchester United played a 1-1 draw in the Premier League at Stamford Bridge on Sunday.

Jadon Sancho scored his second goal since arriving United this season, to put the Red Devils ahead in the 50th minute after a goalless first half.

But a 69th-minute penalty successfully converted by Jorginho helped the Blues draw level as they held on to share the spoils at home.

At the King Power Stadium earlier on Sunday, Super Eagles forward Kelechi Iheanacho was an unused substitute while Wilfred Ndidi was in action for Leicester City.

Super Eagles forward, Emmanuel Dennis was one of the scorers for the visitors after King’s penalty, while Maddison and Lookman scored the other two goals for Leicester.

Earlier on Sunday, Ivan Toney slotted in a 24th-minute penalty to seal a shock 1-0 victory for Brentford against Everton.

The penalty was awarded after Andros Townsend’s high challenge on Nigeria’s Frank Onyeka and was reviewed by referee Darren England on the pitch-side monitor, as Brentford ended their own five-match wait for a Premier League win.

Super Eagles forward Alex Iwobi was in action for Everton, but could not help the Toffees end their winless run.