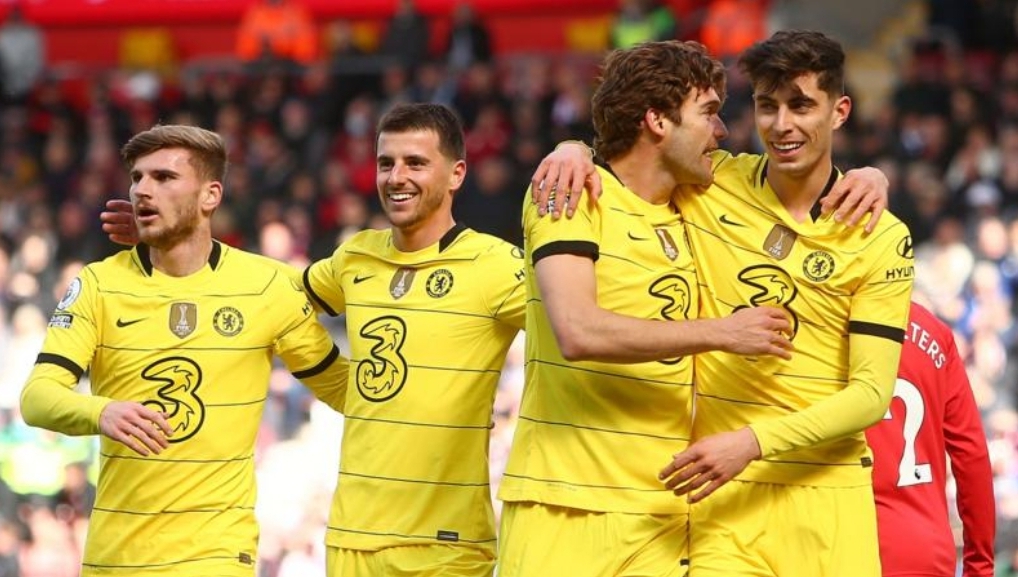 Chelsea bounced back from their Champions League quarterfinal home defeat to Real Madrid in midweek to seal a big victory over Southampton on Saturday.

The Blues, who are trailing 3-1 to Real ahead of their second leg meeting at the Bernabeu next week, secured a 6-0 victory over Southampton in the Premier League.

Marcos Alonso opened the scoring in the eighth minute to ensure Chelsea became the third Premier League club to score 100 goals in all competitions this season, after Liverpool (119) and Man City (114).

Mason Mount and Timo Werner then scored a goal each to put Chelsea 3-0 up before Kai Harvetz made it four before the break.

Mount and Werner added their second each in the second half to hand the Thomas Tuchel side a big boost going for their return leg in the Champions League last-eight in Spain next Tuesday.

At the Emirates Stadium, Arsenal were beaten 2-1 by visiting Brighton.

Earlier in the weekend, Super Eagles forward Alex Iwobi was in action to help Everton defeat Manchester United 1-0 at the Goodison Park.

The win was a boost for the Toffees who are seeking to avoid relegation this season, as they make the Red Devils’s hopes of making top four suffer.