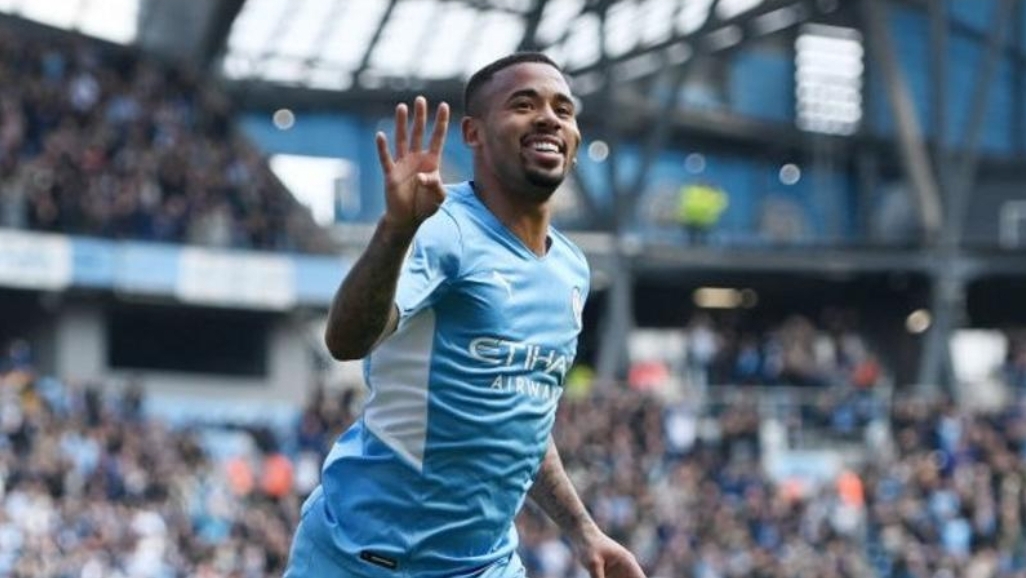 Super Eagles forward, Emmanuel Dennis bagged an assist for Watford in their 5-1 defeat to Manchester City in a Premier League clash on Saturday.

Dennis assisted Hassane Kamara to pull a goal back after they were trailing 2-0, thanks to an early double by Gabriel Jesus.

Jesus would later score two more goals to make it four while Rodri also scored for the hosts at the Etihad Stadium.

The win for City meant they are now four points ahead of second-place Liverpool in the Premier League table, with the Reds facing their city rivals on Sunday.

At the King Power Stadium, Super Eagles forward Ademola Lookman was in action for Leicester City who were held to a goalless draw by Aston Villa.

The draw sees the Foxes drop to 10th in the Premier League table while Villa stay 15th after a torrid run of form.

Elsewhere, Newcastle United thrashes Norwich 3-0 away, in a one-sided game from start to finish.

In the last game on Saturday, Tottenham Hotspur were held to a goalless draw by Brentford. Christian Eriksen was in action for Brentford against his former club.

The draw is a blow to Spurs’ hopes of qualifying for the Champions League next season, as Arsenal had won against Manchester United earlier in the day to stay on fourth spot in the table.