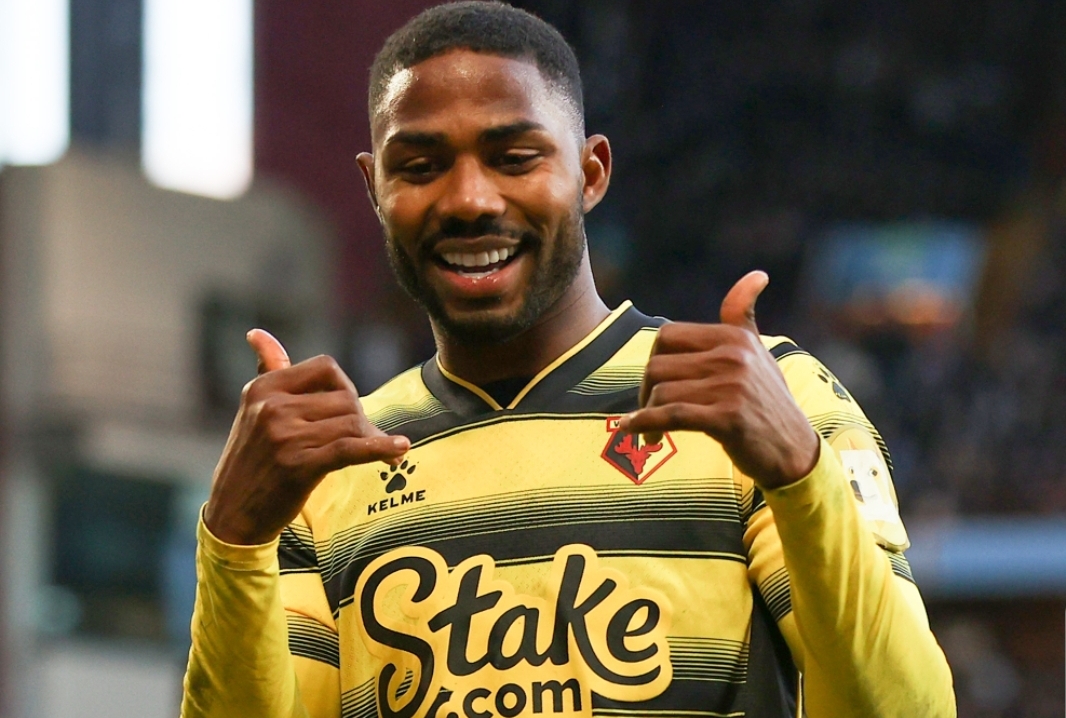 Super Eagles forward, Emmanuel Dennis scored the winner for Watford in their 1-0 victory over Aston Villa in the Premier League on Saturday.

After a goalless first half that saw the teams struggle, Dennis headed an Ismaila Sarr 78th-minute cross after a counter-attack that proved the difference between both sides.

The goal was the first by Watford since Roy Hodgson took charge and it ended their four-game goal drought as they move up to 18th in the table.

Defeat for Villa means the Steven Gerrard side are now winless in seven of their past eight matches.

At the Emirates Stadium, Arsenal sealed a 2-1 victory over Brentford after two second-half goals from Smith Rowe and Bukayo Saka were halved by a late consolation Christian Nørgaard.

At Southampton, Super Eagles forward Alex Iwobi was in action for 65 minutes but could not help Everton escape a 2-0 defeat to their hosts.