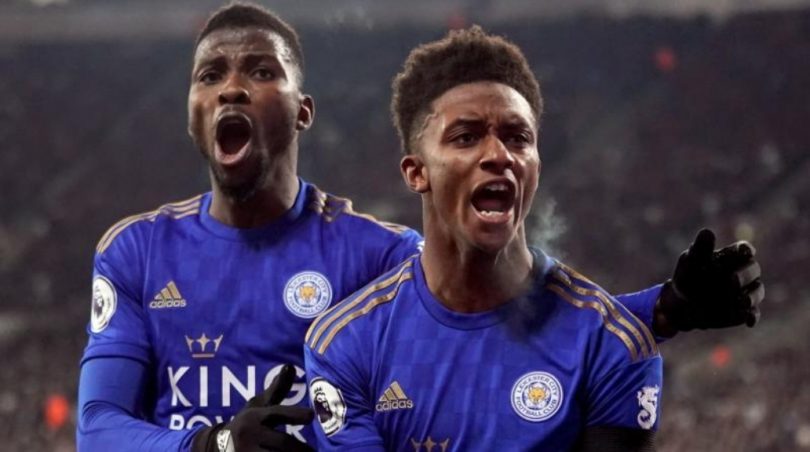 Super Eagles forward, Kelechi Iheanacho made the starting lineup for Leicester City in a Premuer League clash against West Ham, and scored a goal.

It was his third league start – and fourth appearance – of the season, and he bagged a goal to increase his tally to three goals and two assists, helping his side secure a 2-1 victory.

The Foxes were thrashed 4-0 by leaders Liverpool in their previous game on Boxing Day, but have bounced back well as they maintain their second spot in the title race.

Iheanacho opened the scoring in the 40th minute but the Hammers equalised through Pablo Fornals at the stroke of halftime, before Demarai Gray scored the winner for Leicester on 56 minutes.

Elsewhere, Tottenham Hotspur battled to a 2-2 draw at Norwich City after a late penalty by Harry Kane secured the point.

Alex Iwobi is still out injured, but his side Everton won 2-1 against Newcastle while Southampton played a 1-1 draw with Crystal Palace.

Manchester United will play away to Burnley later on Saturday.