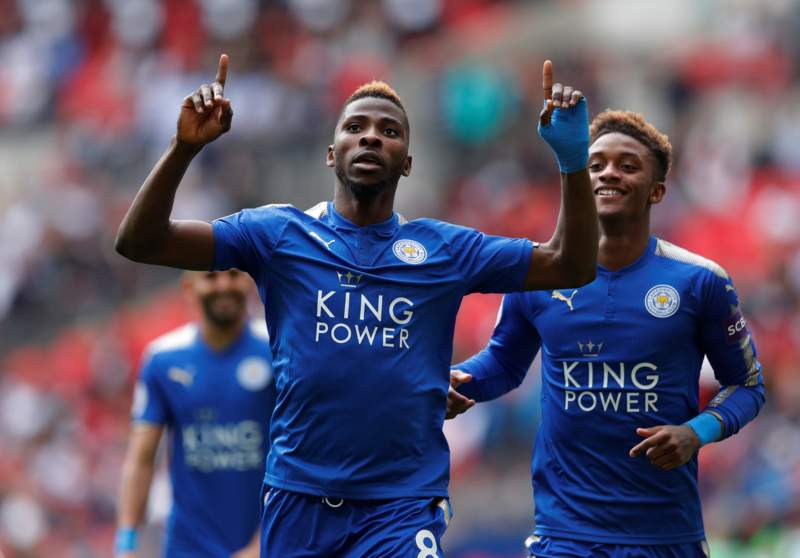 On the final day of the 2017-18 Premier League campaign, Super Eagles forwards Kelechi Iheanacho, Victor Moses and Alex Iwobi were all in action and enjoyed different fates with their respective clubs.

Iheanacho was on target for Leicester in their defeat to Tottenham; Iwobi starred in Arsenal’s victory at Huddersfield Town, while Moses lost heavily with Chelsea.

Leicester fell 5-4 to Spurs in a thrilling encounter at Wembley.

Arsenal pipped Huddersfield 1-0 thanks to Gabonese striker, Pierre-Emerick Aubameyang who score in the game that marks Arsene Wenger’s last with the Gunners.

Chelsea failed to clinch top-four spot after Newcastle United thrashed them 3-0 – and Liverpool won 4-0 over Brighton at Anfield.

Liverpool’s Mohamed Salah, who was also crowned the Premier League Player of the season, was on target the 32nd time in the league this season to become the all-time highest goal scorer in a 38-match season.

Salah also won the Premier League golden boot with his goalscoring success this season, which is followed by Spurs’ Harry Kane with 30 goals.

In the other Premier league games on Sunday, champions Manchester City reached 100 points after sealing a late 1-0 victory at Southampton, who however escaped relegation.

Swansea City were relegated after their 2-1 defeat at home against already-relegated Stoke City.