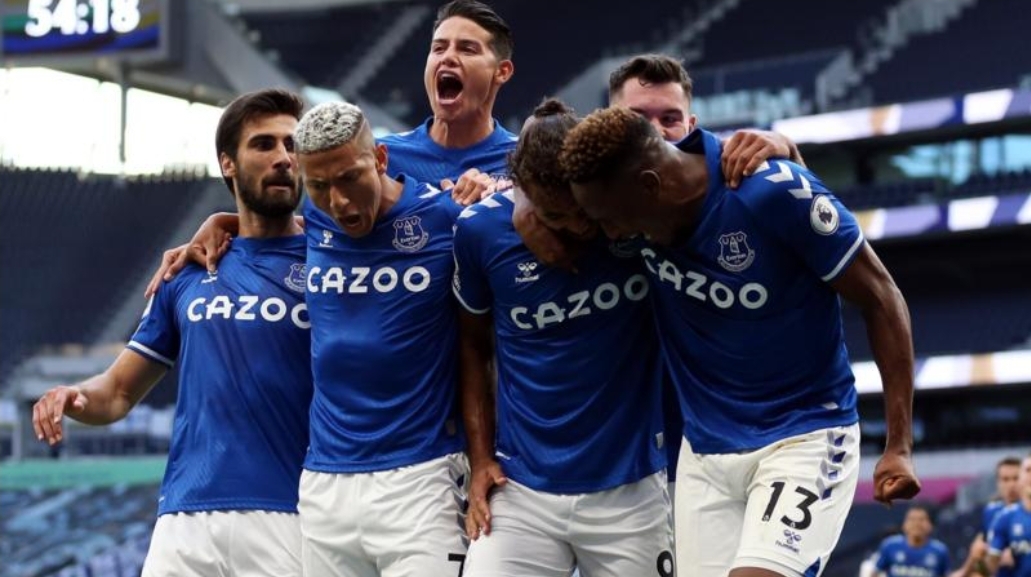 Super Eagles forward, Alex Iwobi was not listed in the matchday squad as his club Everton stunned Tottenham with a 1-0 victory on Sunday.

The winning goal by Dominic Calvert-Lewin from a brilliant header ensured the Toffees made a flying start to the Premier League season.

Victory for the Carlos Ancelotti side is the very first they have had against the Jose Mourinho team since 2012.

Mourinho was however unhappy with Everton’s goal, claiming the free-kick which led to Calvert-Lewin’s winner was taken from the wrong place.

His compatriot, Kelechi Iheanacho was an unused substitute in the game, with Semi Ajayi in action for West Brom.

England striker Jamie Vardy scored two penalties in the second-half as the Foxes condemned West Brom to a disappointing return to the topflight.

New signing Timothy Castagne had broken the deadlock when he nodded home a far-post cross nine minutes after the restart.

Leicester will play at home next, against Burnley.