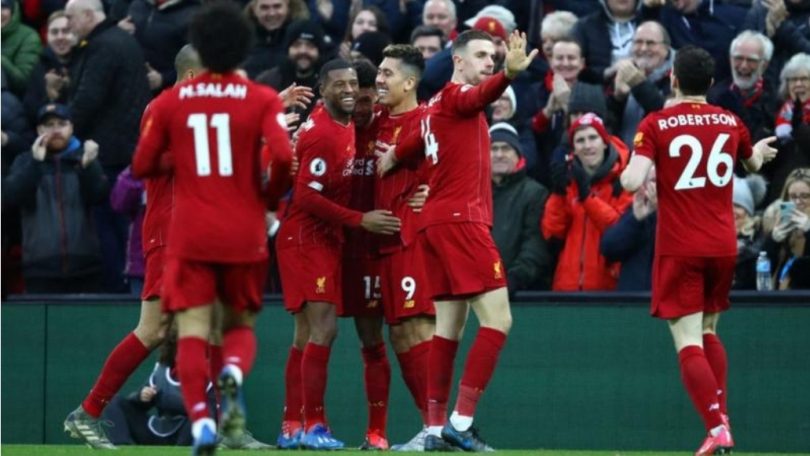 Super Eagles duo of Isaac Success and Alex Iwobi battled against each other in the Premier League on Saturday as Watford lost 2-3 to Everton.

Iwobi, who made a return to the Toffees squad having been away for weeks due to injury, played for only 65 minutes as he was replaced by Michael Keane.

Success was brought on in the 75th minute for Watford, was shown a yellow card, but could not help his side find a winner, with Everton already down to 10 men.

A late goal by Theo Walcot from a counter attack sealed an important victory for the visitors.

At Anfield, Premier League leaders, Liverpool thrashed Southampton to extend their lead at the top of the table.

A brace by Salah and goals by Alex Oxlade-Chamberlain and Jordan Henderson secured a 4-0 win for the Reds and sees them go 22 points clear.

With the win, Liverpool equalled Manchester City’s record of 20 consecutive wins at home in the Premier League.

In the other Premier League clashed played concurrently, Sheffield United stunned Crystal Palace with a 1-0 away victory, while Newcastle played goalless with Norwich City.