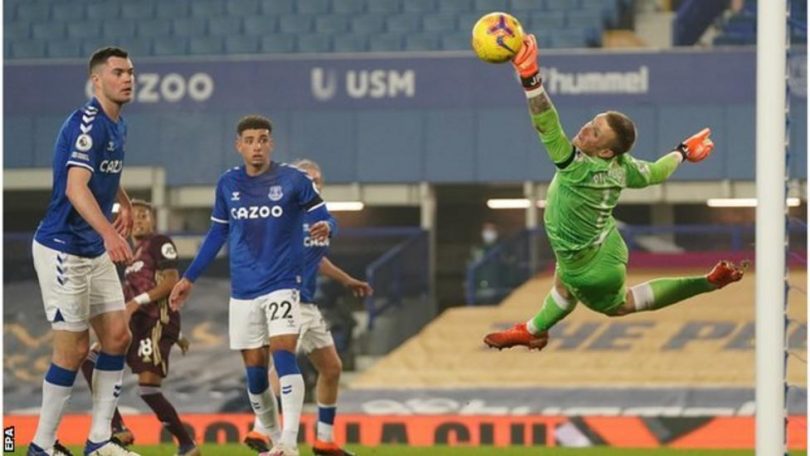 Super Eagles forward, Alex Iwobi played for only 67 minutes as Everton lose at home to Leeds United in the Premier League on Saturday.

Iwobi, who has been praised by his coach and fans lately for his performance, was taken off Andre Gomez as the Toffees sought for a goal.

Both sides played goalless until the 79th minute when Dias Belloli broke the deadlock, an effort that secured all three points for the visitors.

With the result, Everton slipped to a fourth defeat in five games. They are sixth in the table, while Leeds moved up to 11th.

It was the Algerian’s first Manchester City hat-trick, which he did with efforts bbn in the 6th minute, 22nd minute and 69th minute.

Benjamin Mendy and Ferran Torres were the other goalscorers for the Pep Guardiola side.

The final Premier League clash of the day is between West Brom and Sheffield United. The hosts will be looking to secure theur first win this season.