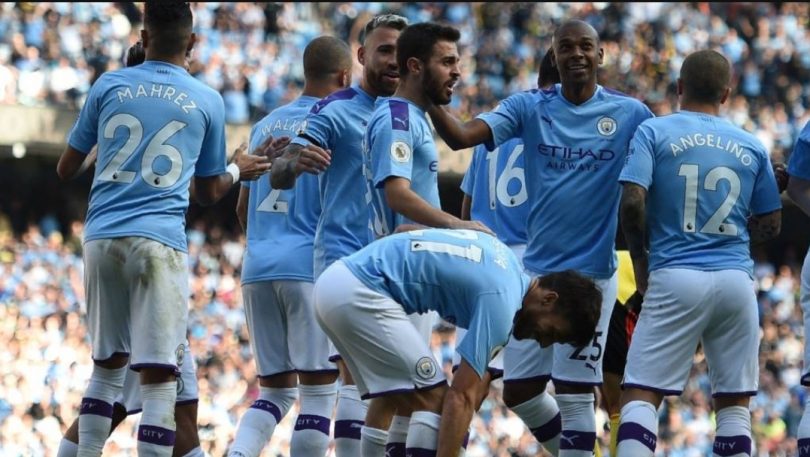 Super Eagles forward, Alex Iwobi was in action for Everton as they fell to a 2-0 home defeat against Sheffield United in the Premier League on Saturday.

Iwobi was introduced to the game in the 55th minute but a wasteful Toffees side could not match the zeal of their visitors.

A 40th-minute Yerry Mina own goal and a 79th-minute Lys Mousset strike condemned Everton to their firs defeat at Goodison Park this season.

Champions Manchester City bounced back from last weekend’s defeat at Norwich City to thrash Watford 8-0 at the Etihad Stadium.

Bernando Silva completed a hattrick in the second half, scoring in the 48th and 60th minutes to put the hosts 7-0 up, before Kevin de Bruyne sealed the rout 5 minutes to time.

Manchester United’s 9-0 win over Ipswich in 1995 remains the biggest victory in the Premier League era but City become only the seventh team to win a top-flight game by an eight-goal margin in the modern era.

A brace by Chris Wood in four first-half minutes sealed victory for Burnley at Turf Moor.