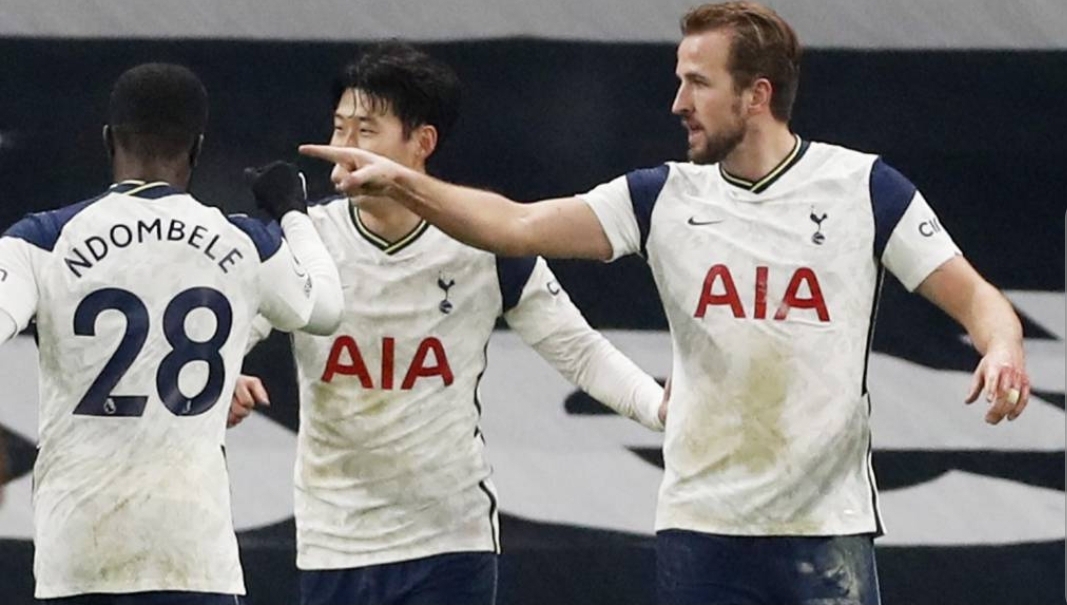 England striker, Harry Kane scored a header for Tottenham Hotspur but they were held to a 1-1 draw by Fulham in the Premier League on Wednesday night.

Super Eagles defender, Ola Aina was also in action for Fulham and was of help as his side fought back to pick a point home from the London clash.

Spurs were cruising and thought they would take all three points from the game but Ademola Lookman assisted Ivan Cavaleiro to score the leveler on 74 minutes.

Late on, Sergio Reguilion thought he had won it for Tottenham as he turned in Son Heung-min’s cross but the goal was immediately ruled out with Son having been offside.

A win could have taken Tottenham to third on the table, but the draw keeps them on sixth. For Fulham, the hard-fought point leaves them on 18th.

Earlier on Wednesday, English forward, Phil Foden netted the winner for Manchester City in a 1-0 victory over Brighton.

The game played at the Etihad Stadium saw City extend their unbeaten run to 14 matches in all competitions.

Foden grabbed the only goal just before half-time when he collected Kevin de Bruyne’s pass, created space and fired into the bottom corner.

The Pep Guardiola side’s fourth straight win in the league takes them third on the table after Spurs draw. Brighton, meanwhile, have now not won in nine league matches.