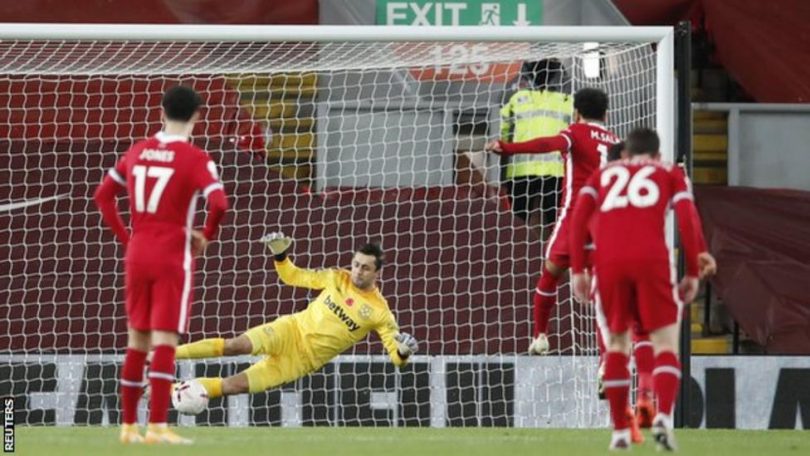 Premier League champions, Liverpool defeated West Ham at Anfield after a late goal by Diogo Jota secured a 2-1 win for the hosts.

The Reds had to fight from a goal down, with Mohamed Salah leveling both sides through a 42-minute penalty after Pablo Fornals’ smart finish on 10 minutes.

Jota, a £41m signing from Wolves in September, netted in the 85th minute after a smart pass by fellow substitute Xherdan Shaqiri.

Liverpool thought they scored earlier when Jota fired in after a collision between Sadio Mane and Hammers goalkeeper, bu the goal was disallowed after a VAR check.

Jurgen Klopp’s side have now conceded 15 goals so far this season, but they stand top of the table with 16 points. 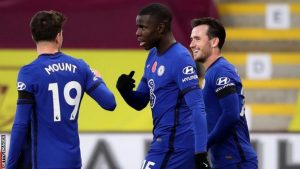 Earlier on Saturday, Chelsea and Manchester City both secured victories away.

Goals by Hakim Ziyech, Kurt Zouma and Timo Werner gave the Blues the deserved victory, keeping them on fourth spot.

At Sheffield, it was Kyle Walker, who marked his 100th Premier League appearance for Manchester City with a goal against his former club, that secured win for the Pep Guardiola side.

Manchester City are eighth on the table.