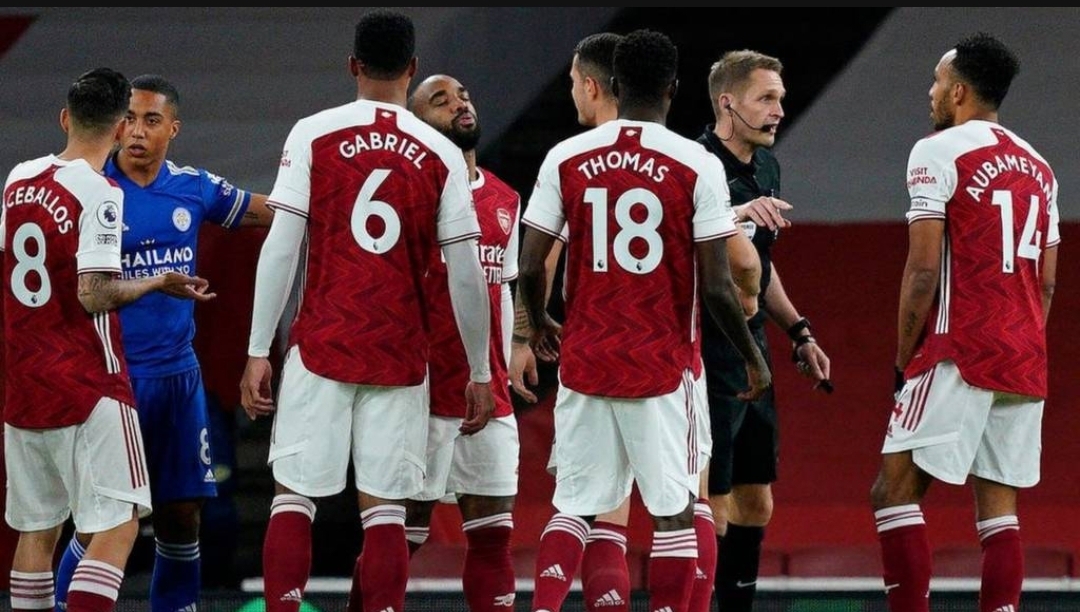 Leicester City defeated Arsenal at the Emirates Stadium after a late Jamie Vardy goal sealed a 1-0 victory for the Foxes in the Premier League on Sunday.

Both sides played goalless for most part of the game before Vardy, who came in as a 60th-minute substitute, broke the deadlock in the 80th minute.

Super Eagles forward, Kelechi Iheanacho, who bagged a goal and two assists in Leicester Europa League opener last Thursday, was an unused substitute in the game.

Arsenal through Alexander Lacazette, had an early goal ruled out for offside. But despite dominating possession and having 12 shots on goal, the Gunners lost a game at home to Leicester for the first time since 1973.

Read Also: Nigerians have right to protest and not be killed for it, Moses backs #EndSARS

Earlier on Sunday, Everton’s unbeaten run since the start of the season, was ended by Southampton.

James Ward-Prowse beat Jordan Pickford with a ferocious finish before Che Adams doubled the lead with the help of a deflection, Danny Ings involved in both goals.

Super Eagles forward, Alex Iwobi was subbed off at halftime after he struggled to impress in the first half.

The other Premier League encounter played on Sunday ended 1-1 between Wolves and Newcastle United.