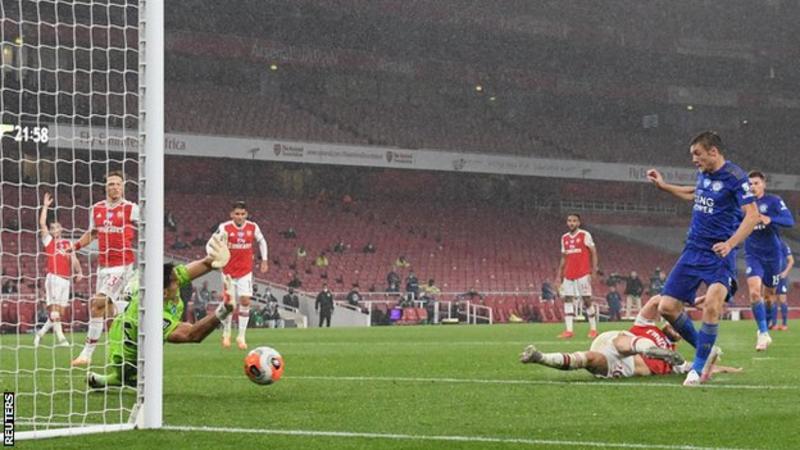 Leicester City kept their hopes of finishing in Premier League top-four alive after a late equaliser helped them secure a vital point against Arsenal on Tuesday night.

The Foxes held the Gunners to a 1-1 draw at the Emirates Stadium.

Arsenal had gone into the lead following a Pierre-Emerick Aubameyang goal in the 21st minute, and thought they were heading for victory until the late equaliser.

Read Also: Iwobi subbed off, Keane own goal as Everton lose at Tottenham

Earlier in the day, Chelsea had defeated Crystal Palace 3-2 to climb to displace Leicester in the third spot on the table.

A win for the Brendan Rodgers side would have seen them return to their spot, but the draw left them one point behind the Blues on fourth, while Arsenal stay in seventh. 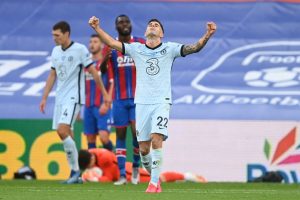 Chelsea front men Olivier Giroud, Christian Pulisic and Tammy Abraham were on target while Wilfred Zaha and Christian Benteke scored for Palace in the 3-2 away victory.

In the other Premier League encounter on Tuesday, Watford defeated bottom club Norwich 2-1.