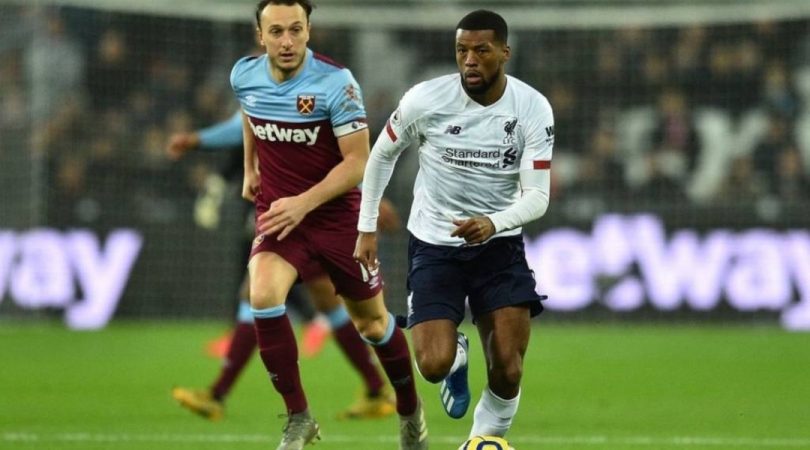 English Premier League leaders, Liverpool extended their lead in the table after defeating West Ham in an away clash on Wednesday.

The Reds won 2-0 to go 19 points clear, and intensified the pressure on West Ham at the bottom of the table.

Mohamed Salah’s first-half penalty and Alex Oxlade-Chamberlain’s composed effort after the break were the goals that sealed the victory.

It was Issa Diop’s foul on Divock Origi allowed Salah to put Liverpool ahead from a penalty in the 35th minute.

Oxlade-Chamberlain then doubled their lead on 52 minutes with a right-foot shot into the bottom left corner after good work from Jordan Henderson and Salah.

The Jurgen Klopp side are now unbeaten in 41 Premier League matches.