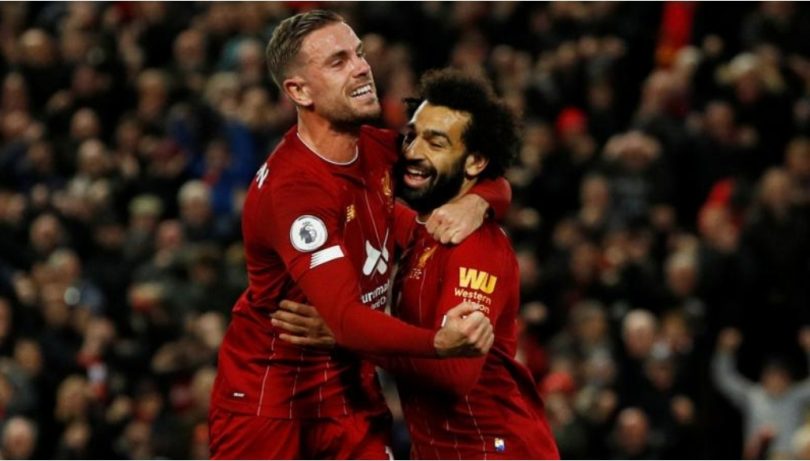 Leaders of the English Premier League, Liverpool reclaimed their six-point lead at the top after beating Tottenham Hotspur at Anfield on Sunday.

The Reds needed two second-half goals to come from behind to defeat their visitors 2-1.

Harry Kane had put Spurs ahead in the opening minute with a header, before Jordan Henderson equalised in the 52nd minute.

With 25 minutes to time, Mohammed Salah converted a penalty, which ensured that Liverpool have so far dropped only two points in the League this season.

In the other Premier League matches played concurrently, Manchester United defeated Norwich City 3-1 while Arsenal were held to a 2-2 draw by Crystal Palace.

The Gunners blew a two-goal lead as Palace came from behind to snatch a point in the Emirates Stadium encounter.

The Red Devils on the other hand cruised to victory at Norwich, making it a back-to back victory for the Ole Gunnar Solskjaer side, who won at Partizan in the Europa League last Thursday.