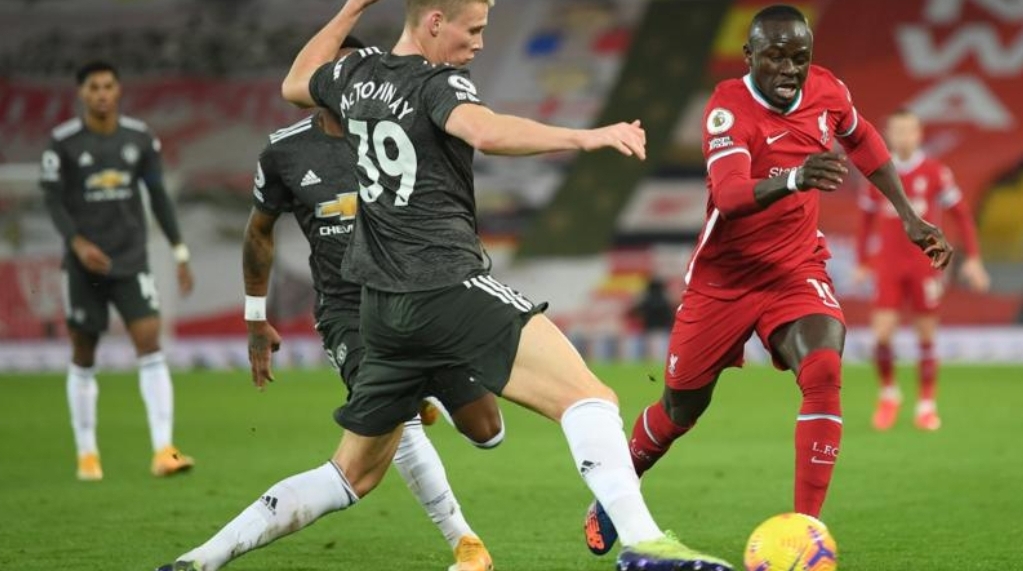 Champions Liverpool were held to a goalless draw by Manchester United in a Premier League clash at Anfield on Sunday evening.

The Reds were seeking to return to the top of the table, having lost the spot following series of draws while United have been winning.

Liverpool faced a little pressure in the second half as United gunned for a winner, but goalkeeper Allison blocked Bruno Fernandes’ strike and also stood tall to save Paul Pogba’s shot.

With the draw, Manchester United stay top of the league, two points above Leicester City who have already displaced Liverpool in second spot, while the Jurgen Klopp side remain third.

Earlier on Sunday, Tottenham Hotspur bounced back to secure a second win in seven league matches.

The Jose Mourinho side thrashed bottom club, Sheffield United 3-1 to keep hopes alive of fighting back to top four.

Tanguy Ndombele, Harry Kane and Serge Aurier were the goalscorers for Spurs, who are now on fourth spot, pending the outcome of Manchester City vs Crystal Palace clash later on Sunday.

A win for City would drag Liverpool down to fourth and Spurs down to fifth, as the Pep Guardiola side push for the summit with one more game in hand.

‘We have no COVID-19 issue. Any patient that enters Iwoland will be automatically healed,’ Oluwo boasts