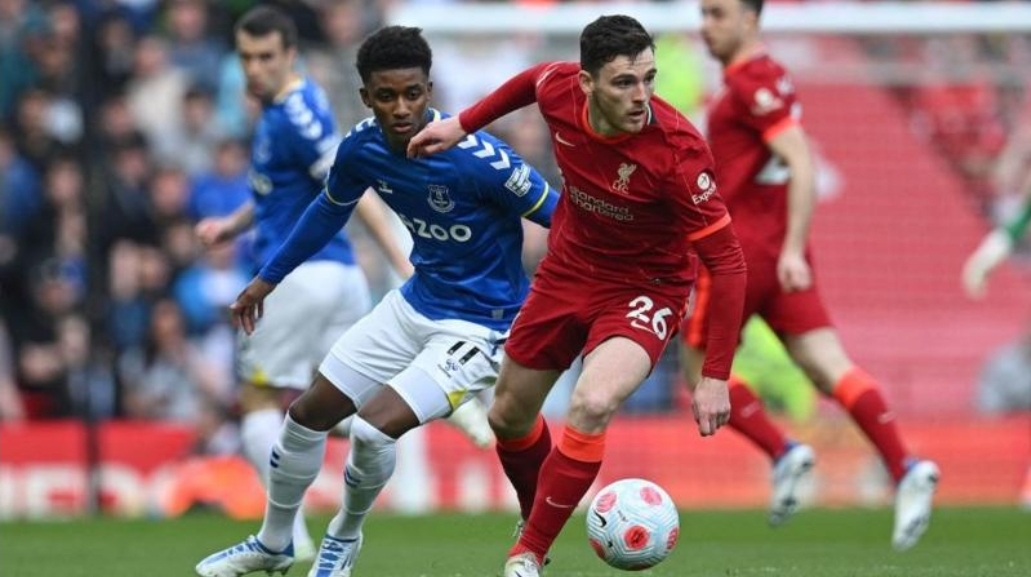 Super Eagles forward, Alex Iwobi was in action for Everton in their 2-0 defeat to Liverpool in a thrilling Merseyside derby on Sunday afternoon.

Iwobi was on throughout the game but could not help the Toffees prevent a defeat at their city rivals, who won to keep pace with Premier League leaders Manchester City.

The Reds battled a stubborn Everton in the first half but had a game change in the second half as Mohamed Salah assisted Andy Robertson to open scoring on the hour mark.

Substitute Divock Origi then sealed the win when he headed in Luis Diaz’s bicycle kick with six minutes left.

Win for Liverpool takes them to just one point behind Manchester City at the top of the league table, with five games left this season.

Defeat takes Everton into the relegation zone, after Burnley climbed out of the bottom three with a 1-0 win over Wolves earlier in the day.

In the other Premier League game played on Sunday Brighton were held to a 2-2 draw by Southampton.