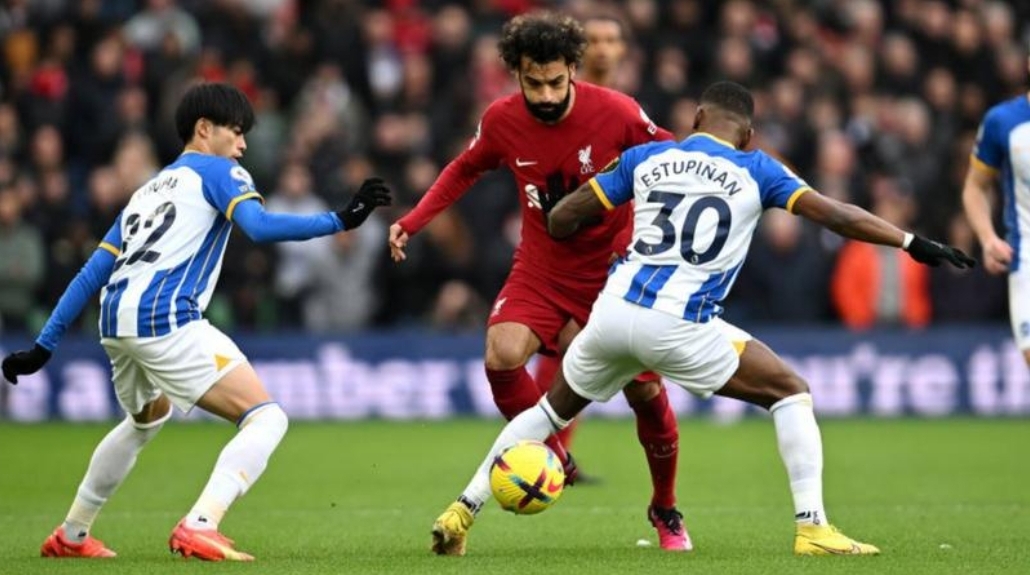 Liverpool were thrashed 3-0 by Brighton in a Premier League encounter on Saturday afternoon.

The win lifts Brighton up to sestrong spot in the Premier League – one place and two points above Liverpool.

In another game, Wolves defeatedWest Ham 1-0 to climb out of the bottom three.

Elsewhere, Southampton came from behind to beat Everton 2-1 at Goodison Park, as Amadou Onana’s opener was made of no effect by James Ward-Prowse’s brace for the Saints.

The Toffees board of directors were absent in the game because of a “real and credible threat to their safety”, qnd the defeat piles up more pressure on manager Frank Lampard.

In another game that played concurrently, Super Eagles duo of Kelechi Iheanacho and Wilfred Ndidi were in action as Leicester City lose 2-0 to Nottingham Forest.

Forest had Nigeria’s Emmanuel Dennis on the bench all through the game. Taiwo Awoniyi was absent as he was still nursing an injury.

Related Topics:BrightonEvertonLiverpoolPremier League
Up Next