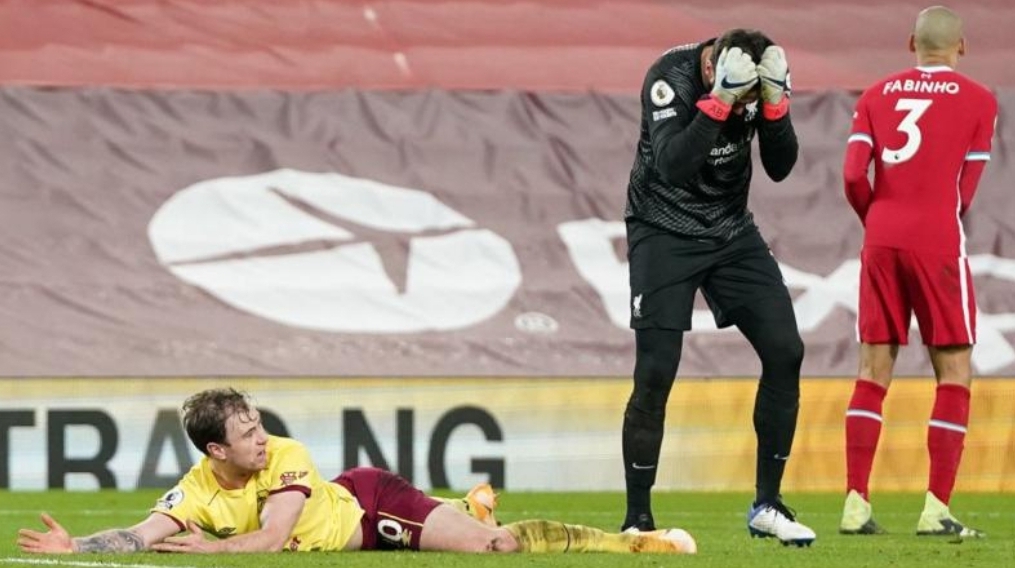 Liverpool’s hopes of defending the Premier League title this season suffered a huge setback after they were beaten 1-0 by Burnley at Anfield on Thursday.

The Reds, who were at the summit of the league table at the start of the year, are currently on fourth spot following a poor run.

Liverpool have failed to score in their last four games and have failed to win a Premier League match since defeating Crystal Palace 7-0 last December.

The defeat on Thursday also ended Liverpool’s 68-game unbeaten run at home. The last time the Jurgen Klopp side lost a game at home was in April 2017 against Crystal Palace.

Ashley Barnes was the hero of the night, as he fired home a late winner from the penalty spot to secure a famous victory for Burnley.

Barnes was tripped in the box by goalkeeper Alisson on 83 minutes and was awarded a penalty. He converted the spot kick to earn all the points for his side.

With the shock win, Burnley move up to 16th in the table, seven points clear of the relegation zone. Liverpool are six points behind leaders, Manchester United.

Related Topics:burnleyLiverpoolPremier League
Up Next