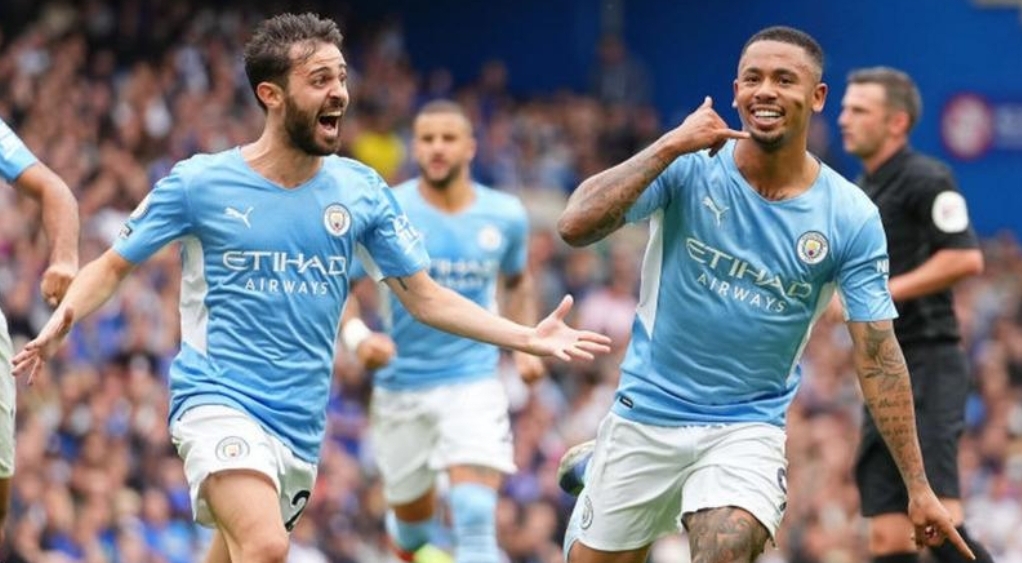 Chelsea’s unbeaten start to the Premier League has been ended by champions Manchester City in their meeting at Stamford Bridge on Saturday.

The Blues had beaten Man City four times in a row, including their Champions League and Super Cup victories last season.

In the meeting between two sides fully expected to fight it out for Premier League title this season, City dominated against a strangely passive and conservative Chelsea.

It was Gabriel Jesus who scored the winninv goal on 53 minutes to hand the Pep Guardiola side all three points from the game.

It was the perfect start to a crucial week for City, who will be visiting Paris St-Germain in the Champions League this week before taking on Premier League leaders Liverpool at Anfield next Sunday.

Read Also: Joshua vs Usyk: All you need to know about tonight’s heavyweight fight

At the Old Trafford, Manchester United lost for the second consecutive time this week as Aston Villa snatched a win against the Red Devils.

United, who had on Wednesday crashed out of the Carabao Cup after losing 1-0 to West Ham, continued in the losing run this weekend.

Kortney Hause was the scorer of the winner for Villa in the 88th minutes, with a powerful header.

The defender still gifted the hosts a great opportunity to share the spoils when he committed a handball inside the box.

But Bruno Fernandes missed the 93rd-minute penalty as Aston Villa won at Old Trafford for the first time in 12 years in a pulsating match.

Joshua vs Usyk: All you need to know about tonight’s heavyweight fight