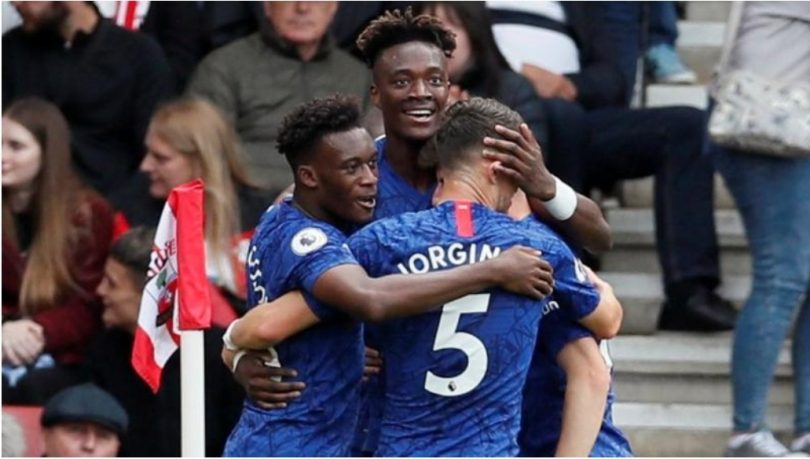 Champions Manchester City were stunned by Wolverhampton Wanderers as they lost 2-0 at the Etihad Stadium in the Premier League on Sunday.

City fall eight points behind Liverpool in the title race after suffering the shock home defeat.

With the goal heading to a goalless draw, Adama Traore pounced on the hosts by scoring twice in the final 10 minutes.

Traore scored the first goal exactly 10 minutes from time, capitalising on a mistake from Joao Cancelo.

He added the second on the break deep into injury time.

The victory means Wolves have won in the top flight at Manchester City for the first time since 1979.

In the other league matches played concurrently, Chelsea grabbed a 4-1 away victory over Southampton while Arsenal pipped Bournemouth 1-0 at the Emirates Stadium.

An in-form Chelsea swept aside Southampton at St Mary’s to climb to fifth on the table.

Tammy Abraham scored his eighth league goal of the season, plus goals by Mason Mount, N’Golo Kante and Michy Batshuayi, to help the Blues secure the points.

It was Danny Ings who scored Saints’ only goal when he poked home Yan Valery’s cut-back to make it 2-1 in the first half, but it was not enough.

At the Emirates, a 9th-minute goal by David Luiz was enough to hand the Gunners all three points, and help them climb to third on the table.