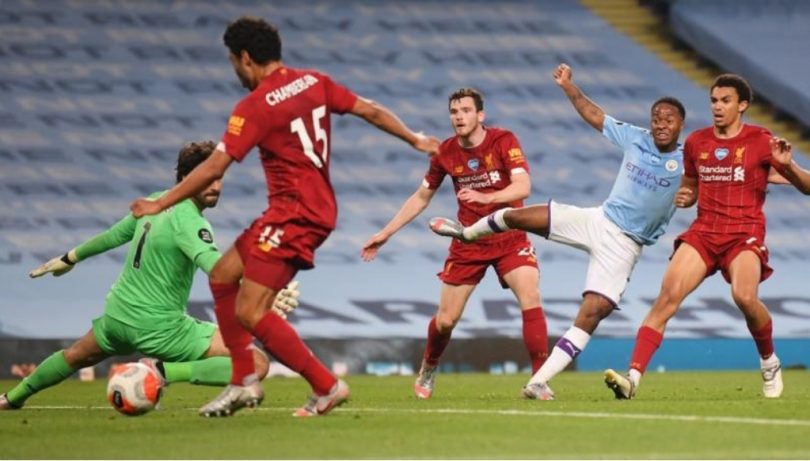 Three first-half goals Kelvin de Bruyne, Raheem Sterling and Phil Foden; and one second-half own goal by Oxlade-Chamberlain secured a 4-0 victory for Pep Guardiola’s side.

It was just a second defeat of the season for Liverpool, who had their lead at the top of the table cut to 20 points.

“They were quicker than us in mind. We lacked fluidity. Against Man City you have massive problems,” said Klopp after the game.

“We had moments. We had chances, we didn’t use them.

“Man City are incredible. I saw their season, they didn’t play a bad game.”

Earlier in the day, Sheffield United stunned Tottenham Hotspur after securing a 3-1 home victory to boost their top four chances.

Victory moves Sheffield above their opponents into seventh in the Premier League, five points behind Manchester United and Wolves, who are fifth and sixth respectively.

Tottenham, who have not finished outside the top six since 2009, are ninth, seven points adrift of Wolves.