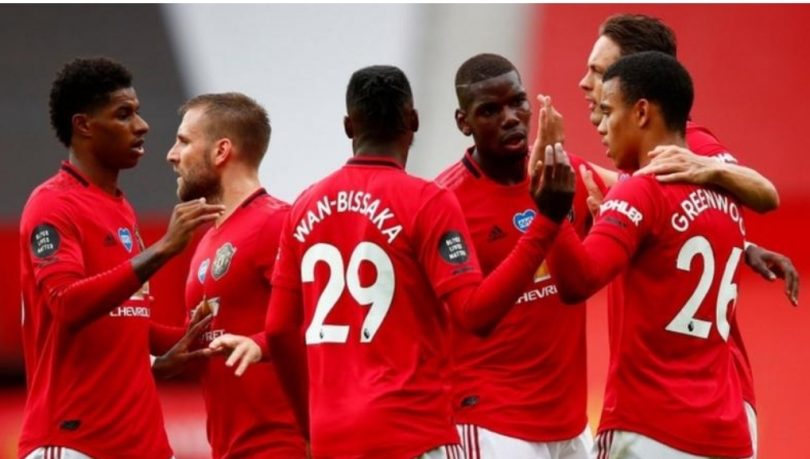 Nigerian striker, Odion Ighalo played a substitute role for Manchester United in their victory over Bournemouth at Old Trafford in the Premier League.

The Red Devils thrashed their visitors 5-2 to boost their hopes of a top four finish this season as they climbed to fourth spot.

Ighalo, who has five goals for United in four starts, only played for 10 minutes as he came in for Marcus Rashford in the 80th minute.

Junior Stanislas and Joshua King (penalty) were the goalscorers for Bournemouth.

Victory takes Ole Gunnar Solskjaer’s side to fourth, one point above fifth-placed Chelsea, who face Watford at Stamford Bridge later on Saturday.

Read Also: EPL Top-Four: Leicester need to get back to winning ways —Iheanacho 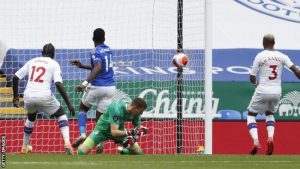 Having picked two points from their last three games, the Foxes had opened up the top four race as Wolves and Sheffield United are now in the race.

Iheanacho opened the scoring before England striker Jamie Vardy scored a brace to seal a 3-0 victory for Brendan Rodgers’s side against Crystal Palace.

For Vardy, the goals were his 100th and 101st Premier League goals.

Earlier in the day, Brighton condemned Norwich to yet another defeat after securing a 1-0 away win.

The loss pushes the hosts further towards relegation.