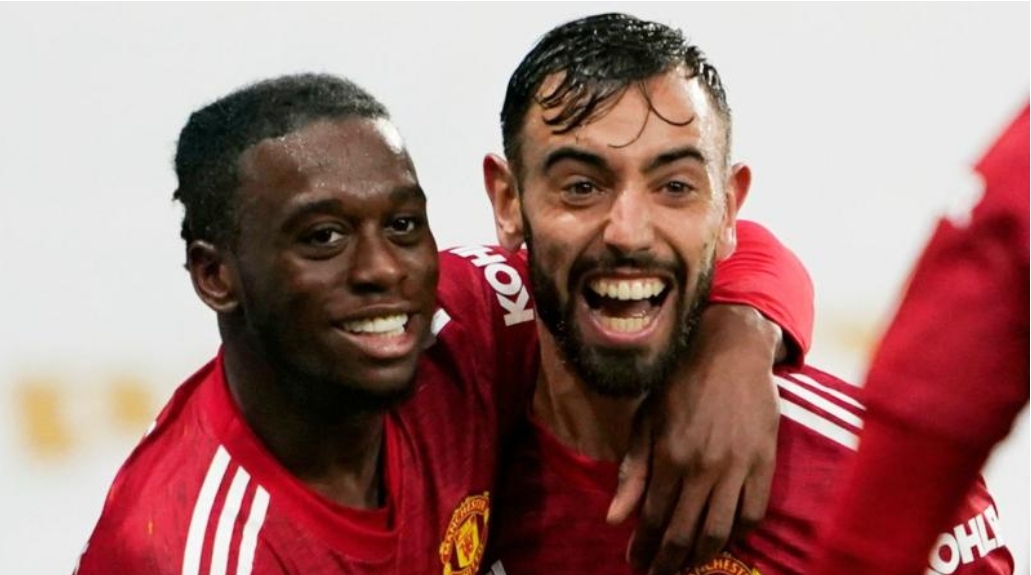 Nigerian forward, Odion Ighalo sat on the bench as Manchester United beat Newcastle United in the Premier League on Saturday.

The Red Devils came from behind to win 4-1 despite Bruno Fernandes losing a penalty in the second half.

A Luke Shaw own goal in the second minute had put Newcastle ahead, before Harry Maguire fired United level in the 23rd minute.

Both sides held on to the scoreline until late into the game, when Ole Gunner Solskjaer’s side scored three goals in 10minutes.

Fernandes put the visitors ahead with a. 86th minute goal, before Aaron Wan-Bissaka made it 3-1 on 91 minutes and Marcus Rashford sealed victory on 96 minutes.

Earlier on Saturday, Manchester City defeated Arsenal 1-0 at the Etihad Stadium while Chelsea were held 3-3 by Southampton at Stamford Bridge.

A goal by Raheem Sterling was enough to hand all three points to Pep Guardiola’s side as Mikel Arteta lost to his former boss.

At Stamford Bridge, Timo Werner bagged a brace while Kai Havertz also scored. But there goals were not enough to hand them a win.