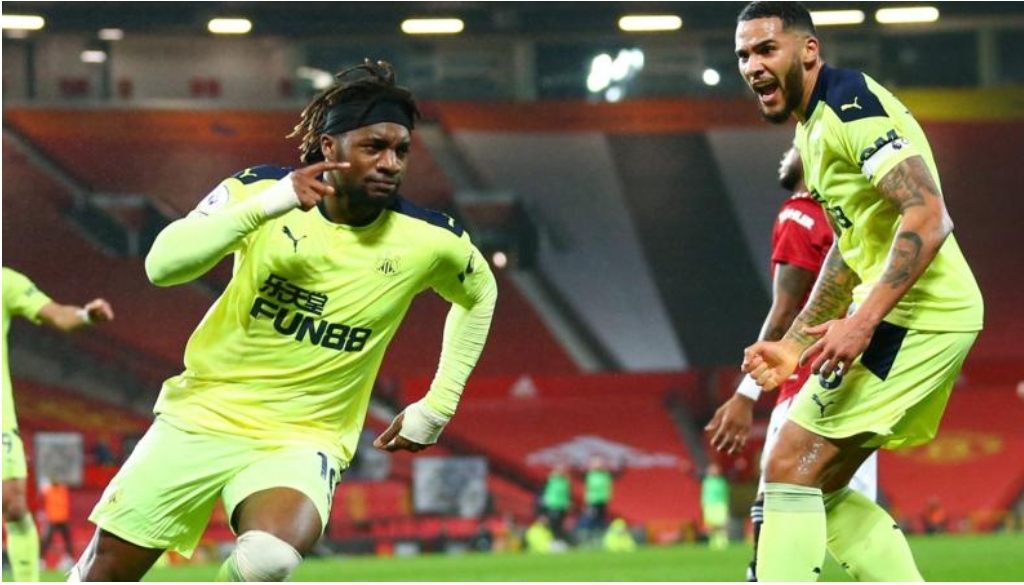 Manchester United put up a fine second-half performance in the Premier League on Sunday to beat Newcastle United 3-1 at Old Trafford.

The Red Devils opened the scoring on the half-hour mark through Marcus Rashford before Saint-Maximin leveled for Newcastle six minutes after.

United then scored two goals in the second half, with Daniel James restoring the lead on 57 minutes and Bruno Fernandes putting the game past the visitors through a 75th-minute penalty.

The Ole Gunner Solskjaer side return to second spot in the table, with same points as third-place Leicester but with a superior goal difference.

Earlier on Sunday, Manchester City extended their winning run to 18 games after they defeated Arsenal at the Emirates Stadium.

City, who are still holding tight at the top of the Premier League, beat the Gunners 1-0, courtesy of a Raheem Sterling second-minute winner.

The Pep Guardiola side have not dropped a point since 15 December, 2020. Arsenal, meanwhile, are 10th and six points off the top six.

Elsewhere, Leicester City secured an away victory over Aston Villa, with the Foxes winning 2-1, courtesy of goals by James Maddison and Harvey Barnes.

Super Eagles duo, Kelechi Iheanacho and Wilfred Ndidi were both in the matchday squad, but while Ndidi played full time, Iheanacho was an unused substitute.