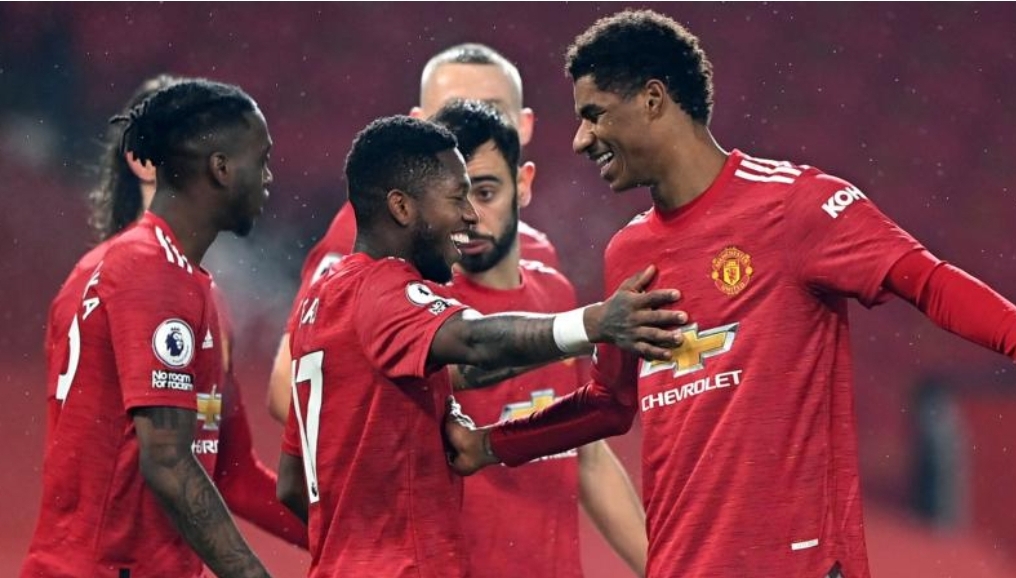 Manchester United returned to winning ways on Tuesday night as they secured a big win over Southampton in the Premier League.

The Red Devils put up a fine performance and bounced back from a disappointing draw at Arsenal last weekend to thrash nine-man Southampton 9-0 at Old Trafford.

Alexandre Jankewitz and Bednarek were shown red cards, to compound a miserable night for the visitors.

In another Premier League game on Tuesday, nine-man Arsenal were beaten 2-1 by Wolverhampton Wanderers.

Wolves, who had gone eight league matches without a win, ended the winless run as they came from behind to seal victory at home.

The Gunners went ahead in the 34th minute Nicolas Pepe held off two Wolves challenges and curled a fine finish into the net.

But Reuben Neves (via a penalty) and Joao Moutinho scored for the hosts, with David Luiz and goalkeeper Bernd Leno sent off for Arsenal.

Elsewhere, Sheffield United clinched another win – their third in the league this season – by beating fellow relegation-threatened team, West Brom 2-1.

In another Premier League clash also on Tuesday, Crystal Palace came from behind to beat Newcastle United 2-1.