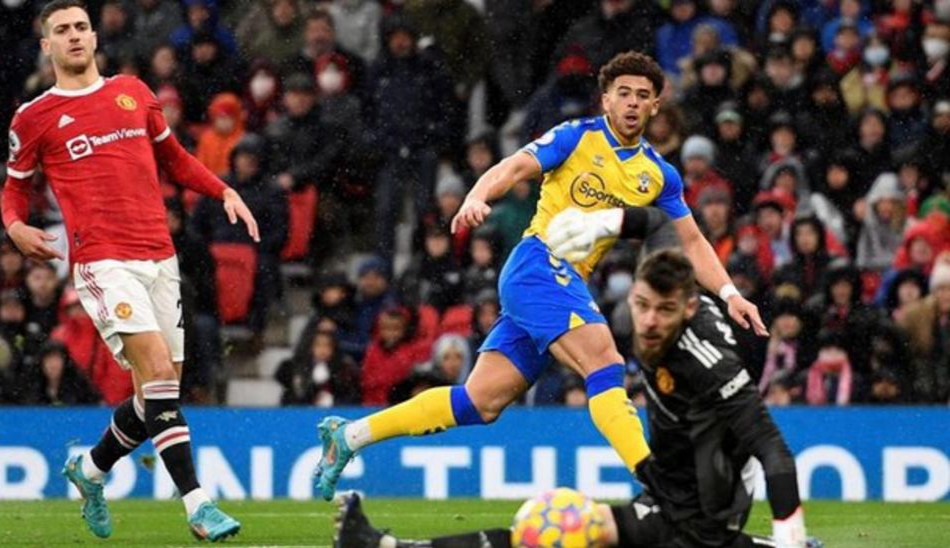 Manchester United yet again were held to a draw by Southampton in a Premier League clash at Old Trafford on Saturday afternoon.

The Red Devils had to settle for another 1-1 draw after being left frustrated by their visitors.

Ralf Rangnick’s men have now been held to a one-apiece draw in three successive games, one of which led to a penalty shootout defeat by Middlesbrough in the FA Cup.

United had led against the Saints in the first half but conceded a second-half equaliser like they did against Middlesbrough and Burnley.

It was Jadon Sancho who netted the opener for the hosts on 21 minutes followings a fine assist by Marcus Rashford.

Paul Pogba would later tap home on the stroke of half-time but the goal was disallowed as Cristiano Ronaldo had strayed offside.

Southampton picked up a point from the game as Che Adams stayed onside to slot a finish into the far corner via the foot of the post on 48 minutes.

In the other Premier League games on Saturday, Everton secured a 3-0 victory over Leeds United, with Nigeria’s Alex Iwobi in action for the Toffees.

Brighton picked up a 2-0 win at Watford while Crystal Palace played a goalless drawn with Brentford in the other matches. Later on Saturday, champions Manchester City will play at Norwich.