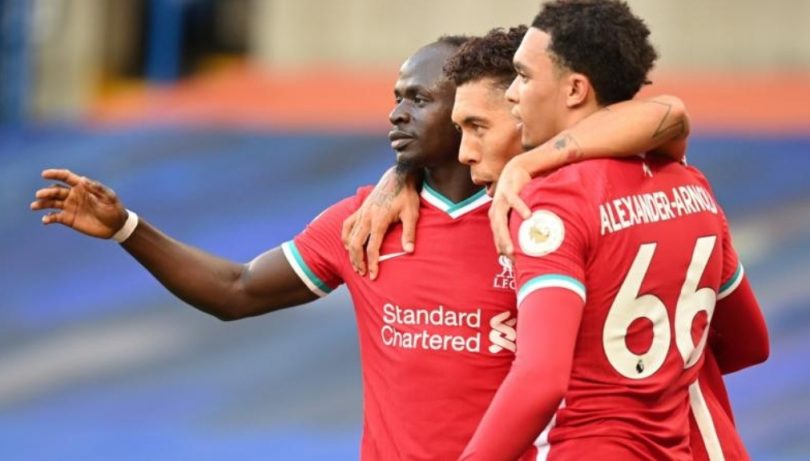 The Senegal forward netted a brace while putting up an excellent performance in the Reds’ victory over 10-man Blues.

Mane’s first came in the 50th minute when he headed in a Roberto Firmino cross, while his second came four minutes later, courtesy of a goalkeeping error by Kepa Arizabalaga.

Frank Lampard’s side were reduced to 10 men just before half time when Christensen was shown a red card after a VAR review that showed he fouled Mane as a last man.

Chelsea had a chance to pull one goal back when they won a penalty after Timo Werner was brought down in the box, but a Jorginho shot was saved by goalkeeper Allison.

The Jurgen Klopp side held on to the 2-0 lead to the final whistle, making it two wins in two, having defeated Leeds United last weekend. 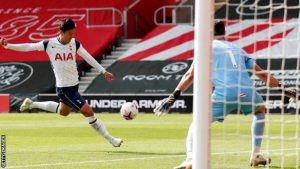 Earlier on Sunday, Tottenham Hotspur secured their first win of the Premier League season as they won 5-2 away against Southampton.

Son Heung-Min bagged four goals for the Jose Mourinho side while Harry Kane netted one, while Danny Ings bagged a brace for Saints.

It was a much needed win for Spurs after they had fallen to a disappointing defeat to Everton on the opening day of the league.